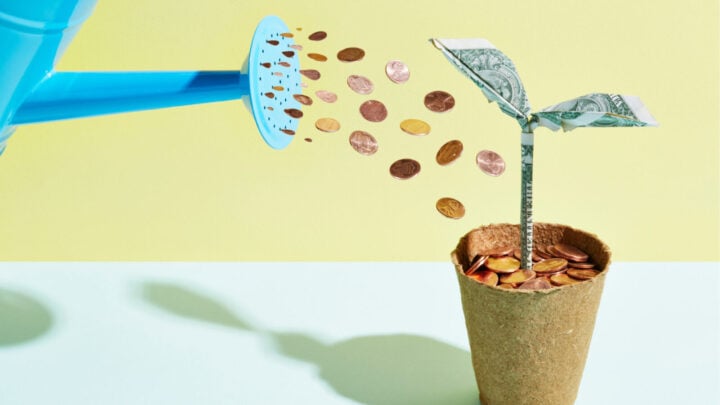 Owning a clawfoot bath is apparently a sure sign of wealth. Source: Getty.

If there’s one thing that can unite the masses this year, it’s the economic toll that the Covid-19 pandemic has taken on the Australian public. Whether you’ve had your hours slashed, been made redundant or are relying on the Age Pension to get by, it seems more people are doing it tough than ever right now. Therefore it’s no surprise that Prime Minister Scott Morrison ruffled some feathers last week when he made some rather controversial comments about what constitutes being wealthy. Morrison was discussing FIFO workers last week, during a tour of north Queensland, when he defended his tax cuts for high income earners.

“I don’t think they should be penalised and treated like they’re some merchant banker in Sydney. They’re not,” the PM said on Wednesday. “They’re hard-working people, working out on mines and difficult parts of the country. I think they deserve a tax cut.”‘

While the prime minister’s comment sparked outrange, ScoMo also inspired Aussies to debate what actually identifies someone as rich in this day and age. And this week a (tongue-in-cheek) list of suggestions being unveiled during an episode of Mamamia’s ‘Out Loud’ podcast, and it seems anyone who can afford to fly Qantas or dine out on Sirena tuna is doing pretty well for themselves.

So, how many of these things apply to you?

Sirena tuna in oil is an Aussie staple, loved for its sustainable practices as all tuna is caught by line and pole. However, it may not be an option if money is tight as one 425g tin of the fish in oil will set you back a whopping $7 at Coles, reports the Daily Mail. And it’s that price tag that earned the product a place on Mamamia’s rich list, with host Kee Reece branding it “so expensive”.

Reece said anyone who exclusively travels with Qantas is rich. “I love Qantas, but it’s not the first option unless they’re having a sale,” she said.

“Having a standalone clawfoot bath is the ultimate in aspiration,” the podcast hosts unanimously agreed, with many listeners pointing out that they immediately brand someone as rich if they visit their home and discover they own a standalone bathtub.

We’ve all looked at those double-door fridges with envy, particularly if you watch The Block, but it seems that it’s not just size that matters when it comes to your refrigerator. Podcast co-host Holly Wainwright said an ice machine dispenser on a stainless steel fridge at home is an automatic indicator that someone is rich.

“People who have ice machine dispensers and who drink water are very aspirational for me,” she said. “Especially because they never have any fingerprints on the doors.”

Reece reckons that anyone who over-pronounces their words has a “rich accent”. She said: “It’s a bit of an eastern suburbs twang, they tend to over-pronounce words, they speak slowly and quietly, as they’ve never had to talk over anyone.”

Using summer as a verb

Do you agree with these signs of wealth?