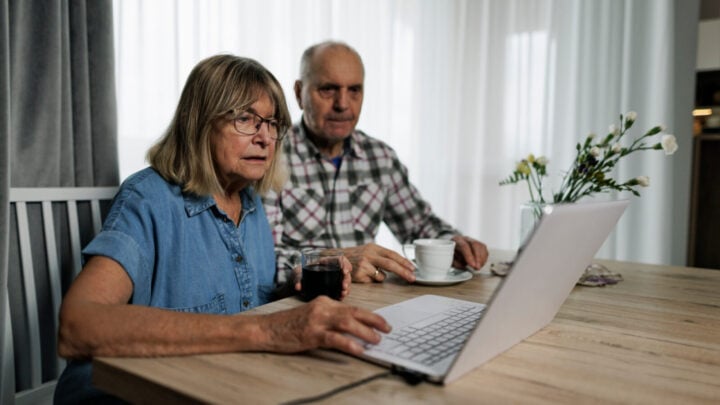 An advanced online Microsoft scam has stolen a quarter of a million dollars from an unsuspecting senior couple after their bank failed to pick up on the suspicious account activity.

Speaking to A Current Affair, Edward, 86, and Joan Adams, 82, lost a total of $249,000 after fake Microsoft employees took control of their computer, where the scammers managed to access the couple’s bank accounts.

Edward said despite two of their bank’s, NAB and HSBC, picking up on the unusual account activity and promptly blocking it, the crooks were able to take them “to the cleaners” via a loan account held with Bendigo Bank.

The scammers took amounts ranging between $10,000 to $50,000, which the couple believe should have been immediately noticed by Bendigo Bank as “the payees were not people we’ve ever paid before”, and “because it was an enormous amount of money that was going through”.

However, Bendigo Bank’s response to the couple’s distressing event was to shirk any responsibility.

“Generally a bank does not have an obligation to monitor transactions on its customers’ behalf and reimburse a customer for authorised payments to a third party,” the bank wrote in a letter to the Adams’.

Edward said: “So that more or less says ‘go jump’.”

Not only has the bank refused to help the couple, but they’re also charging interest to the loan account.

“To charge you interest on that money, that’s really kicking it in your face,” Edward said.

“They’ve got me, they’re going to get other people.

“If you can make a quarter of a million dollars in three days, you’d say this is the best job I’ve had in my life.”

Despite a raft of initiatives to stop scammers in their tracks, Australians still lost over $2 billion to scams in 2021 with those aged 65 and over among those reporting the highest losses.

The Australian Competition and Consumer Commission’s (ACCC) Targeting Scams report, which compiled data from Scamwatch, ReportCyber, major banks, and money remitters, and other government agencies, reported losses of almost $1.8 billion. However, given that one-third of victims do not report scams the ACCC estimates the loss to scams totalled over $2 billion.

ACCC Deputy Chair Delia Rickard said, “scammers are the most opportunistic of all criminals”.

Not only has the bank refused to help, but they're also charging the couple interest on the loan account the funds were stolen from.