Sassy at seventy: The unexpected journey of grief 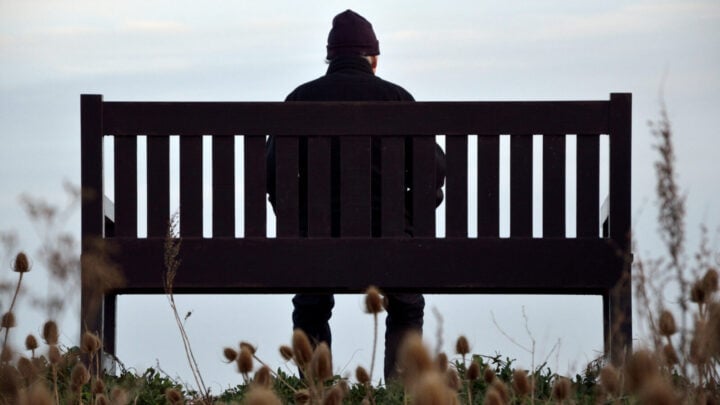 I cried when Queen Elizabeth died. I thought that I was probably the only one of my friends who had done so, but discovered others also had. We decided that it had triggered in us the lingering grief of having lost our own mothers, and also for some, our life partners. It was as though the Queen’s passing allowed us to express what had been buried beneath the necessity of getting on with living.

When my husband, Rob, died two years ago, it was a different type of grief from when my mother passed. At 89, Mum had reached a stage where, although she still enjoyed life, she was no longer physically able to do what she would have liked. She was content with the small joys, grateful for friends and love of family. Rob, on the other hand, had been a strong, active man until his pancreatic cancer diagnosis. I think I went into a holding pattern at that point, just dealing with all his medical needs – chemo, the operation, his swift decline afterwards. I’m sure I was in shock when he died, it was so quick, so unbelievable. I didn’t even cry, I was too exhausted. That came later. In spades.

I’m at an age where I have many friends who have lost their spouses, and, as one said to me, “Now I understand what you were going through.” She also said she was grateful she could talk to me because I listened and didn’t give platitudes like so many others did.

One person asked me if I was angry with Rob yet. She’d obviously read the book on stages of grief and wondered which I was up to. “I’m not angry with him,” I replied. “He didn’t want to go.” But that was me. One of my friends told me that after a few wines she’d screamed her anger at her dead husband for not going to the doctor when she’d told him to, and by the time he did it was too late. Very well-placed anger, I thought. But twenty years on and re-partnered, she says sometimes a song, a smell, still triggers a sharp pang of grief and loss.

As a writer, I thought I would be able to express my grief on paper, to write what I couldn’t say to solicitous friends and family, afraid to expose the rawness of my pain. But I couldn’t. My words had deserted me, had dried up like a stream in a drought. Then, six months ago, I was invited to join a small group of writers in a workshop about blogging. One of the exercises was to write on a topic of our choice. Suddenly, almost of their own volition, the words poured out:

It’s pain so great it leaves you numb. Or maybe your body shuts down so it doesn’t implode with not being able to bear such loss. And your mind goes with it. You go through the emotions. Not the crying, that’s real, that tears out of you, rips at your guts. But smiling becomes an automatic response, born of innate politeness, social manners. Words of consolation are accepted, both receiver and giver knowing they don’t help but wanting to acknowledge the love that makes them. People say to keep a grief diary, write it all out, try to deal with it. But the words swirl in my mind, refusing to find an outlet through my fingers.

Disbelief. The mind not accepting the loved one is no longer there. Shock when it becomes horribly obvious. Looking for something, anything, some sign that says there is more after this life, more than emptiness. Hoping a misplaced object is a sign of that and not of loss of mind.

The words don’t come, but the need to create is still there. Flowers planted, fruit grown.

Some months ago I bumped into my retired doctor. His wife had died just after Rob. In the course of our conversation, he said his brother’s advice of “Never refuse an invitation to go out” had helped him to keep putting one step in front of the other.

I recently talked with an acquaintance I hadn’t seen until nearly a year after her husband died and she asked how I was going. I replied with honesty that sometimes I feel I am just “going through the motions”. She, too, felt the same. But we’re both trying to put ourselves back together, to find out who we are in this different world of widowhood.

Author Joyce Carol Oates said it well. The entire content of her short story, Widow’s First Year, is “I kept myself alive”.

Perhaps the Queen said it best: “Grief is the price we pay for love.”