Bring on the birthday suit! Samuel Johnson to bare all in the name of cancer research 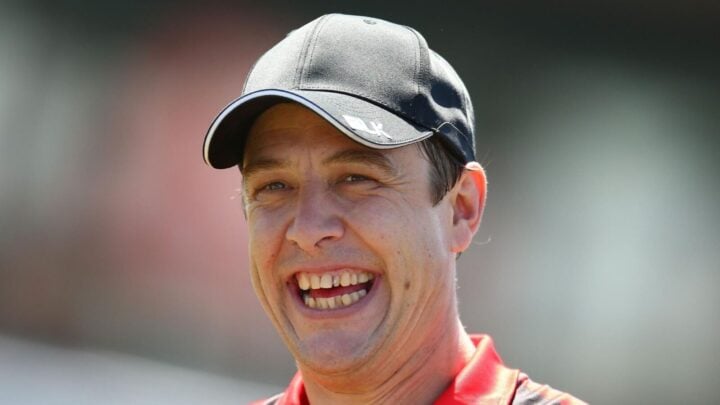 Samuel Johnson will be one of the 15 celebrities who are baring all for charity. Source: Getty.

Samuel Johnson is getting ready to strip off and bare all for the three-part television event known as The All New Monty: Guys & Gals. The Australian actor and active advocate for cancer research will be joining the star studded cast as they reveal all in the name of cancer awareness.

The racy show will appear soon on Channel 7 with actor and comedian Shane Jacobson and silver screen darling Georgie Parker as hosts. As a spin off on the original The Full Monty, 15 Australian celebrities will take centre stage and reveal all in the name of raising awareness for cancer.

Johnson appeared in the newest promotional video in which he described his choice to go on the show known for stripping in front of a live audience as “bonkers”. The video showed the stars hitting the road, enduring a painful wax and learning complicated dance routines under the watchful eye of choreographing expert Tom Mckenney.

However, Johnson, 42, wasn’t the first surprise announcement for the intriguing new show with television royalty, Patti Newton announcing she’d also be hitting the stage back in June. The reveal was made on Sunrise by entertainment reporter Peter Ford who said she was guaranteed to be a lot of fun on the show as he described her as a trained dancer and the “sassiest grandma in town”.

It's time to say hello to the guys and gals who have said yes, to undress! 💫#TheAllNewMonty: Guys & Gals, coming soon to @channel7 pic.twitter.com/wUS9zGHCqQ

Johnson can now add the show to his extensive list of efforts made to raise awareness and much needed funds for cancer research through the charity he founded with his late sister Connie known as ‘Love Your Sister’. Their goal was always to hit the $10 million mark which Johnson achieved following the death of his sister in September 2017.

Speaking to exclusively Starts at 60 last month, Johnson discussed how he was starting the conversation about the impacts cancer can have on sexuality through his work with the sex toy brand Womanizer. He launched an online store on the official Love Your Sister website for people to get their hands on a range of sex toys that were specifically designed to help cancer sufferers whose sex lives changed post-cancer treatment.

“As with most stigmas, they are very well camouflaged because the lid hasn’t lifted yet,” he said. “So, it actually took me many years before I even stumbled across it as an issue.”

He added that he hoped the saucy new initiative would encourage others to be more open and vocal about their sex lives following cancer treatment. “It’s okay to say f**k cancer and it’s okay to talk about sex toys,” he said. “Why not celebrate remission? It doesn’t just need to be a glass of wine!”

Have you watched this show before? Are you looking forward to it?