Wedding bells! ‘Second wedding’ could be on the cards for Andrew and Fergie 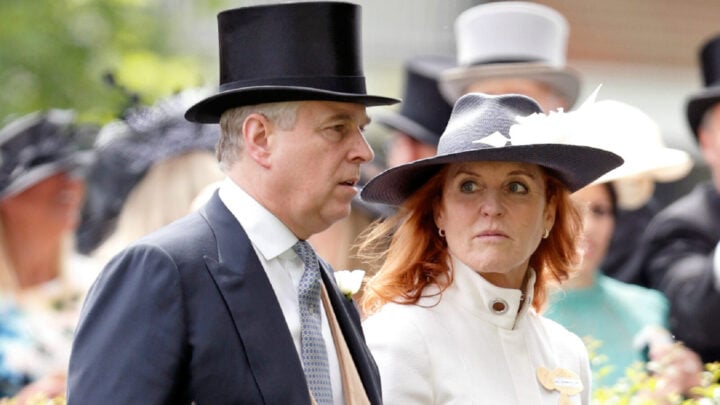 The Duke and Duchess of York may be divorced, but the pair have remained as close as ever over the years, especially now since Prince Andrew has been accused of child sexual abuse by Virginia Giuffre, an alleged victim of deceased sex offender Jeffrey Epstein.

Rumours are swirling on the internet that a second wedding could be on the cards for Prince Andrew and Sarah Ferguson, who got divorced after 10 years of marriage in 1996, if the duke is able to move on with his life following allegations of sexual abuse.

“Sarah and Andrew have been closer than ever in the past year,” a source told lifestyle magazine Vanity Fair.

“They still love and care for each other a great deal and have been living together during the pandemic. It has rekindled something and I can see a second wedding happening if it all goes Andrew’s way.”

Last month, Giuffre filed a civil suit against the 61-year-old prince. She claimed Prince Andrew sexually assaulted her when she was 17.

Andrew got entangled with the Epstein drama, after a lawsuit from one of the disgraced businessman’s alleged victims was unsealed, naming the royal. After the allegations were made public, an official statement was released by Buckingham Palace, which read, “His Royal Highness deplores the exploitation of any human being and the suggestion he would condone, participate in or encourage any such behaviour is abhorrent.”

However, due to backlash, Andrew was forced to step back from royal duties. In a statement at the time, Prince Andrew said that in the days following his Newsnight interview (in which he said he didn’t regret his friendship with Epstein) it had become clear to him that his association with the late billionaire, who he last saw in 2010, had become a major distraction to the royal family’s work and that of the charities and organisations he supported.

“Therefore, I have asked Her Majesty if I may step back from public duties for the foreseeable future and she has given her permission,” Andrew said in the statement. “I continue to unequivocally regret my ill-judged association with Jeffrey Epstein. His suicide has left many unanswered questions, particularly for his victims, and I deeply sympathise with everyone who has been affected and wants some form of closure. I can only hope that, in time, they will be able to rebuild their lives.”

Following Andrew’s controversial Newsnight interview, Fergie publicly defended her former husband, writing on Instagram at the time: “It is so rare to meet people that are able to speak from their hearts with honesty and pure real truth, that remain steadfast and strong to their beliefs. Andrew is a true and real gentleman and is stoically steadfast to not only his duty but also his kindness and goodness of always seeing the best in people.

“We have always walked tall and strong, he for me and me for him. We are the best examples of joint parenting, with both our girls and I go back to my three C’s .. Communicate, Compromise, Compassion.”