The never ending appeal of Diana, ‘The People’s Princess’ 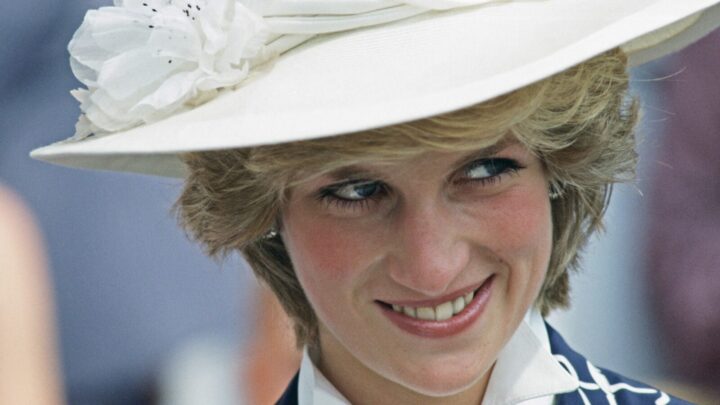 The impulse to go inside Diana’s mind is all over popular culture these days. Source: Getty

There are some moments you truly never forget. For millions of people – whether they loved her or loathed her – Diana’s death is one of those moments.

In the strange days and months that followed Diana Spencer’s death, there was an outpouring of public grief. Though people had lived through many disasters both natural and manmade, her death, some may argue, was unparalleled.

It has now been nearly 25 years since the Princess of Wales’ disastrous car crash in Paris. Already a global icon, Diana’s untimely demise somehow amplified her eminence. It was only after Diana’s passing when a grief-stricken then-UK Prime Minister, Tony Blair, first dubbed her as “the people’s princess”, a term that has only been used for her.

And now, it seems like she’s everywhere again – not quite in the same way, of course, but still ubiquitous. In July 2021, on what would have been her 60th birthday, a memorial statue of the late royal was unveiled at Kensington Palace. In addition, to the numerous Diana documentaries and biopics, she has also been fictionalised on stage in Diana: The Musical, and on-screen in  Netflix’s docuseries The Crown and more recently, Larraín’s Spencer, starring Kristen Stewart.

“While alive, Diana was the most photographed woman in the world. Her death at age 36 made her even more iconic,” says Steven Frieder, Senior Advisor to the President and Corporate Secretary from Marquette University, when asked why many of us are still fascinated by the late Princess.

“Her life includes many seminal milestones: the divorce of her parents and her father receiving custody of the children; her father’s remarriage to a woman Diana did not get along with; her courtship by Prince Charles and subsequent fairytale wedding; her love for her two sons; the saga of her failed marriage; her charitable work; her tragic death,” Frieder explained.

Diana also happened to die just as the internet was becoming widespread – yet another tool that contributed to her cult-esque fanbase. Frieder points out that while Diana is not the first public figure who appeals to different generations, her role as a “fashion and style icon” and high profile family contributes to society’s fascination with her.

But even before her death, it was as though the whole world was already watching Diana’s every movement. She was the apple of everyone’s eye, but why? Frieder says this was likely due to the way she related to people. She was innovative and new, forever changing the British monarchy, permanently.

“Diana brought warmth to royal engagements that had not been seen previously. She hugged people, especially children, the sick, and the disabled. She was not afraid to show emotion in her appearance rather than being stoic. People could relate to Diana in ways they could not relate to members of the Royal Family.”

In an interview with Elle magazine Pauline Maclaran, co-author of Royal Fever: The British Monarchy in Consumer Culture, noted how “interesting” it is to see “how the royal family has recently been repositioning the Diana brand within their overarching umbrella brand to keep the legend alive in a very positive way.”

Maclaran references interviews with Prince William and Harry. Yes, while these are genuine remembrances of their mother, there’s also a strategy at play.

“She’s no longer seen as the ‘rebel,’” says Maclaran, referring to the ostracization Diana faced after her very messy and public divorce from Prince Charles. “She’s now seen as the grandmother she would have been and for her charitable works.”

“The Diana brand has had three major [iterations] in the press,” adds Maclaran. “First as a naive fairy-tale princess, second as an underdog victimized by the royal family and then after her death that public emotion and support that transitioned her yet again into some kind of saint, a holy mother.”

And now, with the passage of time, we’re entering what might be called the fourth phase of the Diana Brand. The production of recent works like Diana: The Musical and Spencer show that the media has used Diana as a tool for cultural reference, fossilised into a myth.

“It’s easy to reduce or trivialize someone’s humanity, particularly when they are as well known as Diana and are no longer living,” theorised Frieder. “In his eulogy for Diana, her brother Earl Spencer cautioned against making her a saint. Diana was just as human as anyone else, with positive attributes and flaws. In making meaning from her life, people remove the complexity and over-simplify. That is human nature.”

More than anything else though, Frieder attributes the continued interest in Diana to her intense personal connection to the public.

“In some ways, she was a victim of the British establishment. In other ways, she took control over her narrative, forging on independently after her divorce in 1996. There are certainly areas where she is a role model: as a mother, as someone who comforted the downtrodden, as someone not afraid to be with people with AIDS, as an advocate for banning landmines.

“Yet she was also human and flawed, like all of us.”

So, is it now time, that as a society we let Diana and the life she lived, rest in peace? Frieder predicts this won’t happen.

“There are so many iconic people that we continue to discuss, debate, and admire Jacqueline Kennedy Onassis, Elizabeth Taylor, Marilyn Monroe, Princess Grace, and Princess Diana.

“Given that her son William will one day be King, and in light of the continuing fascination with her other son, Prince Harry, I don’t think people will lose interest in Diana anytime soon.

People are still fascinated by the six wives of Henry VIII more than 500 years after their deaths. I suspect that will be the case with Diana.

“As the saying goes, she belongs to history.”

And that’s the magnitude of Diana’s legacy: It’s the sort that has room for everything from Hollywood satire to novelty collectibles. She once said in an interview that she wanted to be “the queen of people’s hearts”; 25 years on, it’s safe to say that she has achieved just that. Commemorative dishware optional.

Are you a fan of the late Princess?