So much for privacy! Prince Harry is writing a memoir about royal family life 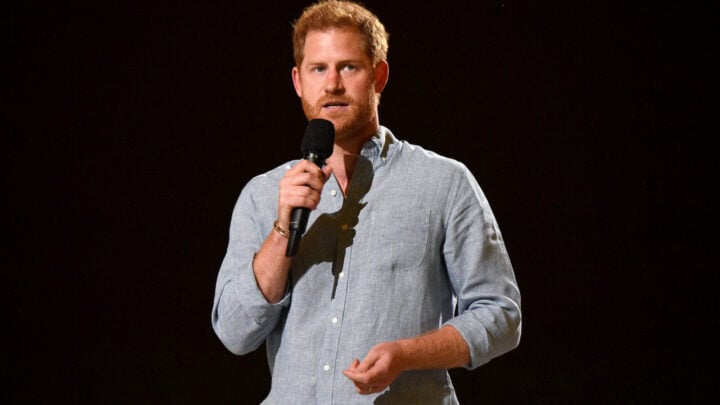 Prince Harry is writing a tell-book about his life as a royal. Source: Getty

Since officially stepping down from royal duties last year, Prince Harry has spoken publicly about royal life several times, and taken more than a few digs at family members. Now, the 36-year-old is writing what his publisher is calling an “intimate and heartfelt memoir”.

Random House announced the news on Monday, writing on Twitter: “Prince Harry will share, for the very first time, the definitive account of the experiences, adventures, losses, and life lessons that have helped shape him.

“Covering his lifetime in the public eye from childhood to the present day, including his dedication to service, the military duty that twice took him to the frontlines of Afghanistan, and the joy he has found in being a husband and father, Prince Harry will offer an honest and captivating personal portrait, one that shows readers that behind everything they think they know lies an inspiring, courageous, and uplifting human story.”

The publisher said the memoir will hit book shelves globally in late 2022.

Breaking news! Random House is honored to announce a forthcoming memoir by Prince Harry, The Duke of Sussex, to be published globally in late 2022. pic.twitter.com/NUzXwntuKq

Meanwhile, in a press release following the announcement, Harry said he was “writing this not as the prince I was born but as the man I have become”.

“I’ve worn many hats over the years, both literally and figuratively, and my hope is that in telling my story — the highs and lows, the mistakes, the lessons learned — I can help show that no matter where we come from, we have more in common than we think,” he said. “I’m deeply grateful for the opportunity to share what I’ve learned over the course of my life so far and excited for people to read a firsthand account of my life that’s accurate and wholly truthful.”

The announcement comes four months after Harry and his wife Meghan sat down with talk show host Oprah Winfrey for a controversial tell-all chat, which is now up for an Emmy nomination.

The pair’s interview with Oprah aired in the US on Sunday, March 7. Harry and Meghan didn’t hold back during the program, with talk of jealousy, a lack of support from the royal family, and even relationship breakdowns.

One of the most shocking revelations, however, concerned the couple’s son Archie and his mixed race. During the sit-down, Meghan said there were palace “concerns and conversations about how dark his skin might be when he’s born”.

Later in the interview, Oprah pressed the prince for more information, asking him who was behind the comment. “That conversation I’m never going to share,” he said at the time. “It was awkward. I was a bit shocked.”

They later claimed it was neither Queen Elizabeth II nor Prince Philip.