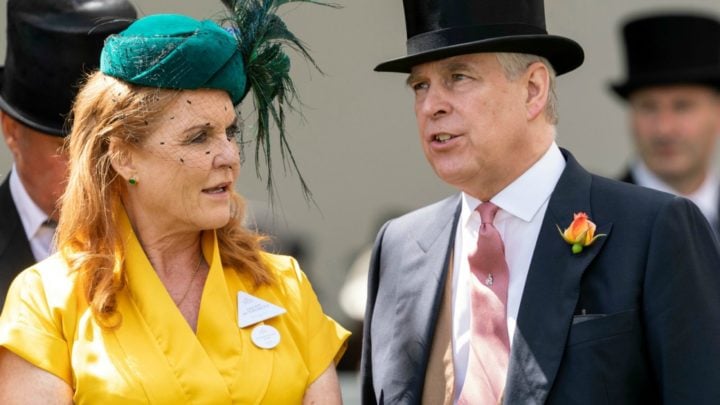 Sarah ‘Fergie’ Ferguson and Prince Andrew have been at the forefront of reconciliation rumours for decades now and, on Friday, the mother-of-two took to Instagram to share a rare family photo of herself, her ex-husband and their daughters, Princess Beatrice and Princess Eugenie in honour of International Family Day.

“I am so proud of our united loving family,” the Duchess of York captioned the never-before-seen snap. Fans were quick to praise the family, with one writing: “You have such a beautiful family.” Another added: “Fantastic parents to your lovely girls.” A third wrote: “What a wonderful picture of you and your loved ones.”

Fergie and Andrew announced their separation in 1992 and just months later photos emerged of the mother-of-two sunbaking topless and getting her toes sucked by American financial adviser John Bryan on holiday in France. In 2010, the duchess was caught in a sting by the now-defunct British tabloid News of the World that showed her trying to sell access to her ex-husband for £500,000 (A$943,575).

Despite the controversies, the pair, who finalised their divorce in 1996, have remained close with Fergie living at the York family residence, the Royal Lodge, in Windsor. Despite dating other people over the years, Fergie and Andrew have remained under one roof and were said to have lived at opposite ends of the house so they could carry out their relationships without disrupting each other.

More recently, Fergie publicly defended her former husband over his controversial relationship with convicted sex offender Jeffrey Epstein. Following the Duke of York’s tell-all interview with the BBC last year, which was subsequently slammed by critics, Fergie took to social media to defend the father of her two daughters.

“It is so rare to meet people that are able to speak from their hearts with honesty and pure real truth, that remain steadfast and strong to their beliefs,” she wrote on Instagram at the time. “Andrew is a true and real gentleman and is stoically steadfast to not only his duty but also his kindness and goodness of always seeing the best in people.”

“We have always walked tall and strong, he for me and me for him. We are the best examples of joint parenting, with both our girls and I go back to my three C’s … Communicate, Compromise, Compassion.”

Have you maintained a good friendship with your ex? Do you think it's a good idea to do so?