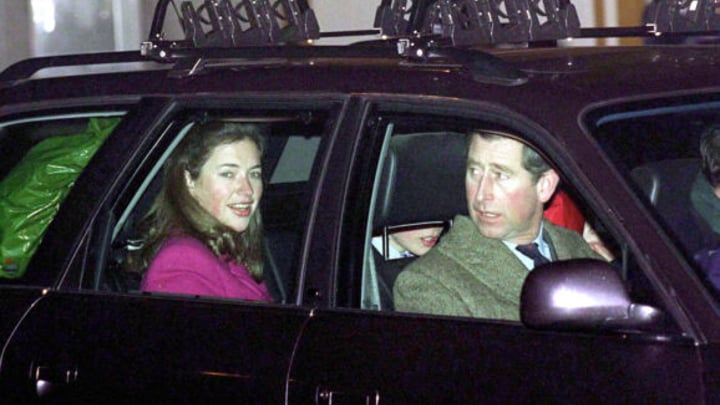 Tiggy Legge-Bourke will receive the equivalent of $189119 AUD in a payout from BBC, for damages inflicted upon her following the shocking tell-all conducted by Martin Bashir with Princess Diana in 1995. Source: Getty

Tiggy Legge-Bourke (now Pettifer), the former nanny to Prince William and Prince Harry, will be paid out by the BBC for damages caused to her after reporter Martin Bashir faked documents including bank statements and an abortion receipt, according to a report in 9Honey.

Among the documents, Bashir was found to have faked abortion receipts for Tiggy Legge-Bourke, alleging that Tiggy had been impregnated by Charles. Bashir also told Diana that Charles was in love with Tiggy, claiming that they had holidayed alone for a fortnight.

The interview with Princess Diana was headline fodder for weeks, with Diana revealing scandalous and lucrative details about her marriage to Prince Charles. Dropping a continuous stream of truth bombs throughout the interview, and confirming many rumours which had long fuelled speculation, Diana detailed the impact of her turbulent marriage on her mental health.

While both the interview and the manner in which Bashir had secured it were traumatic to Diana as the interviewee, they also had deep implications for Tiggy as several of Bashir’s allegations hinged on her relationship with Charles.

The Telegraph has revealed that the BBC acknowledges the pain caused to Tiggy, and as a result of these claims, she will be paid the Australian dollar equivalent of $189,119 in damages.

The impact of the claims on Diana was revealed to The Daily Mail by Diana’s friend Rosa Monckton. Monckton shared that ‘Diana changed’, outlining that she went from being concerned about everyday issues, to being worried about overarching ‘plots against her’.

Prince William has been incredibly vocal about methods used to deceive his mother, calling the BBC out for allowing poor behaviour and blatant lack of professionalism, saying it ‘contributed significantly to her fear, paranoia, and isolation that I remember from those final years with her’.

Bashir has apologised, saying he is ‘deeply sorry’ for his actions, telling The Sunday Times ‘I never wanted to harm Diana in any way.’

However, this is not the first instance in which Bashir has been questioned over his professionalism and interviewing ethics. After interviewing former pop star Michael Jackson, Jackson noted that he felt tricked by the interview. American actor Robert Downey Jr also walked out mid-interview, in response to Bashir’s questions.

Do you remember the chaos this interview stirred up when it aired?