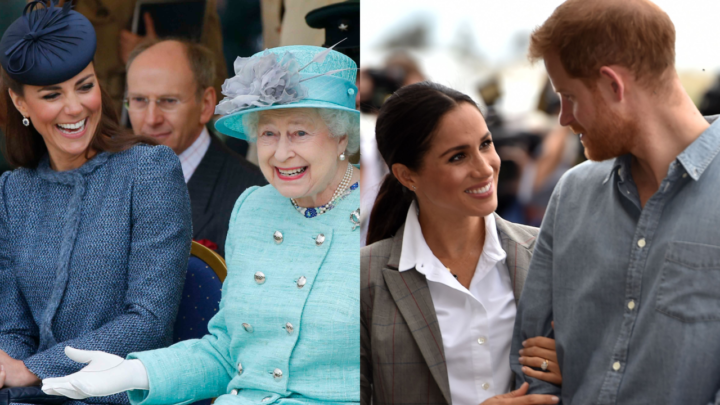 It comes just a few days after the Queen confirmed Harry and Meghan will not be returning to royal duties. Source: Getty.

Queen Elizabeth and other senior members of the British royal family are reportedly planning a TV special to replace the annual Commonwealth Day service, which has been cancelled due to the coronavirus pandemic. The catch is, it’s expected to air the same day as Harry and Meghan’s tell-all interview with Oprah Winfrey.

Westminster Abbey confirmed the news in a statement on Monday, revealing the BBC show is being planned for Sunday, March 7. Prince Charles, Camilla, Prince William, Catherine and Sophie Wessex are all due to be part of the program.

“We’re really pleased to tell you that BBC One will broadcast ‘A Celebration for Commonwealth Day’ on 7 March,” the royal church said in a tweet. “The special programme replaces this year’s Commonwealth Day service, which is unable to go ahead due to the pandemic, and will include a special message from HM The Queen.”

We’re really pleased to tell you that @BBCOne will broadcast A Celebration for Commonwealth Day on 7 March. The special programme replaces this year’s Commonwealth Day service which is unable to go ahead due to the pandemic, and will include a special message from HM The Queen. pic.twitter.com/FAjfp9EdVH

The move has raised eyebrows among Harry and Meghan fans, who reckon the royal family planned the virtual event on the same day out of spite.

Twitter user @SakinaJah said, “Strange the same day as Harry and Meghan have their Oprah interview.”

And @delilahc401 commented, “It’s an annual event that cannot be held in the same manner this year due to Covid. [It] has NOTHING to do [with the] Sussexes.”

It’s been a pretty big week for the royals. On Friday, Buckingham Palace confirmed Harry and Meghan will not be returning to royal duties and that they would be effectively stripped of their remaining royal patronages.

In response, Harry and Meghan, who now live in California with their one-year-old son Archie, released a statement of their own via a spokesperson. “As evidenced by their work over the past year, the Duke and Duchess of Sussex remain committed to their duty and service to the UK and around the world, and have offered their continued support to the organisations they have represented regardless of official role,” the statement read. “We can all live a life of service. Service is universal.”

This departing statement didn’t sit well with some royal fans, who claimed it was an unnecessary and ‘petty’ dig at the British royal family.

Do you think this timing is just a coincidence, or a power play?