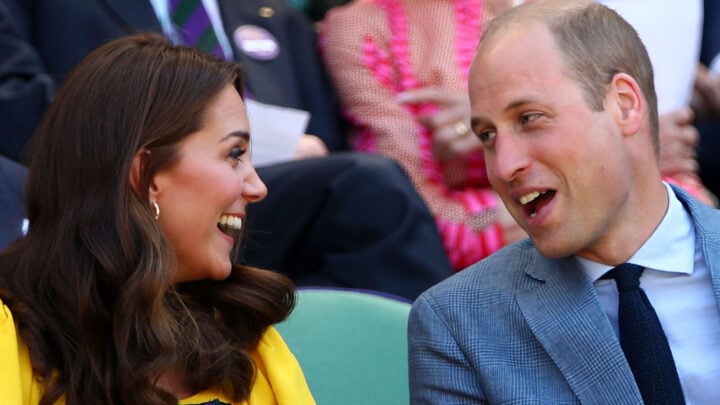 The Duke and Duchess of Cambridge met at the University of St Andrews. Source: Getty.

At some point in our lives, we’ve all been on the receiving end of a bad gift – whether it’s clothing that’s just not to your taste, something practical when you were dreaming of more glamorous wares, or even something that has been quite obviously – and thoughtlessly – regifted. And while they might appear to have everything a person could want, it seems royals aren’t immune to terrible presents either.

Prince William revealed this week that he once treated Catherine, Duchess of Cambridge, to a less-than-impressive gift, joking that it “sealed the deal” in the early days of their relationship, after they met and fell in love whilst studying at the University of St Andrews in Scotland.

Speaking to English footballer Peter Crouch on his BBC Radio Five Live podcast, the second-in-line to the throne admitted he hasn’t always been a dab hand at buying gifts. According to the Mirror, William said: “I did get my wife a pair of binoculars once – she’s never let me forget that. That was early on in the courtship that was – think that sealed the deal.

“It didn’t go well. Honestly, I have no idea why I bought her a pair of binoculars, it seemed like a good idea at the time.”

🎊 Nine years ago today – thank you for all your lovely messages on The Duke and Duchess of Cambridge’s wedding anniversary!

William’s gift clearly didn’t put Catherine – then known as Kate Middleton – off though, as the couple celebrated their ninth wedding anniversary earlier this year. The duke and duchess, who share three children together, tied the knot at Westminster Abbey on April 29, 2011.

Taking to the Kensington Royal Instagram page, the royal family shared a sweet throwback snap of the couple on their wedding day in celebration of the anniversary. “Nine years ago today — thank you for all your lovely messages on The Duke and Duchess of Cambridge’s wedding anniversary!” they posted.

The photo shows the beaming newlyweds standing in the doorway of Westminster Abbey after exchanging vows on 29 April 2011 in a service that was watched around the world.

Fans were delighted to see the image and sent their best wishes to the happy couple on their wedding anniversary. One person wrote: “That was nine years? Wow, it doesn’t feel that long!! Happy Anniversary to the Duke and Duchess!” Another commented: “Happy Anniversary!! Cheers to many more adventures together!” While another said: “Happy anniversary to a lovely couple. What an asset you are to our country.”

Have you ever received a bad gift? Or given one?