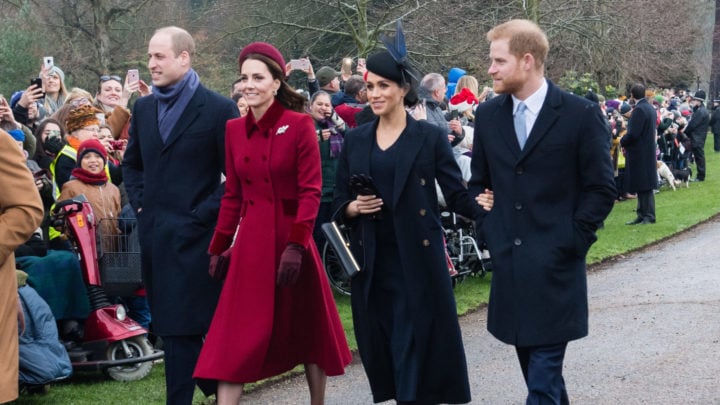 Prince William and Harry have reportedly reconnected in the past couple of months. Source: Getty

Prince Harry and William have reportedly put the past behind them and reconnected in recent months, a royal reporter has claimed, with the challenging coronavirus outbreak and the ill health of their father Prince Charles said to have brought the brothers closer together.

Ever since Meghan joined the family rumours have swirled that the tight-knit brothers are no longer as close as they used to be, and such claims only intensified this year after the Duke and Duchess of Sussex revealed their decision to step down as senior members of the royal family and relocate their family to the US. However it now seems that the distance has done wonders for their relationship with the brothers reported to be back in touch.

Speaking to Entertainment Tonight, royal expert Katie Nicholl said while there are clearly some problems with their relationship, they have been in touch over the phone and through video chat amid the pandemic – including a call on Archie’s first birthday.

“They have done video calls together, they have done a lot of family birthdays and I think with Prince Charles not being well, that really forced the brothers to pick up the phone and get back in touch,” she told the publication.

Nicholl claimed the brothers have been working to mend their relationship since February but that contact has increased of late, as Harry allegedly battles some homesickness in Los Angeles – where he has recently settled down with Meghan and baby Archie. Not only that, Nicholl also claimed that the alleged tension between Meghan and Kate has eased.

“I think there is a sense of relief on both sides that this high drama is now a thing of the past,” she told ET. “The Sussexes are free to get on with their new lives [and] the Cambridges can get back to their old lives without all the upset and drama that was clearly a big deal behind the scenes. I think Kate and William miss Harry and Meghan to a degree, but certainly they miss Harry [being] around and part of their lives.”

The apparent reconnection comes months after Harry opened up about his relationship with his brother, and addressed claims they’d grown apart, in a very honest TV interview. Speaking about the rumoured rift as part of ITV documentary Harry & Meghan: An African Journey, which aired in the UK last year, he insisted he loves his brother “dearly”.

He went on to confirm they had not spent as much time together recently, adding: “We don’t see as much as we used to because we are so busy but I love him dearly and the majority of stuff is created out of nothing. As brothers, you have good days, you have bad days.”

Are you a fan of the royal family? Have you reconnected with a family member recently?