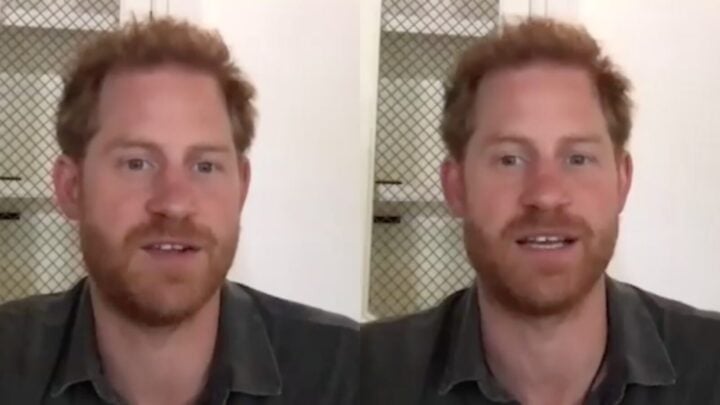 Prince Harry discussed the importance of connection during the outbreak of the coronavirus. Source: Instagram/ weareininvictusgames

Prince Harry has urged people to check in on their friends during the “stressful” coronavirus period, and said there’s always comfort in knowing that there’s someone there to support you when times get tough.

The duke, who has remained out of the spotlight of late following his move to America with wife Meghan, sat down for a Zoom chat with several former Invictus Games competitors this week. During the conversation they discussed the difficult lockdown due to the outbreak of Covid-19 and how they can help to shed light on how you can pull through these challenging times with the support of each other.

Harry praised the competitors for their resilience and said they are helping to set an example that “every single one of us has the strength inside us to confront anything that comes across us”.

“With covid and the way that everyone’s life has changed, what better time to put you guys front and centre to say, this is what’s happened in my life, that was the dark place that I was in but look at where I am now,” he said during the chat, which was posted to Instagram.

The prince then went on to say how important friendships are during tough times like this and that having a handful of people around you – whether it be physically or via technology – can make the world of difference.

“It’s so important to know that if you’re going to have a bad day, if you’ve hd a bad week or you’ve experienced more trauma or another loss or more stress in your life that you’ve got at your fingertips, whether it’s a WhatsApp group, whether it’s an online support group… you’ve got at least a handful of people that you can reach out to,” Harry said.

“All of us want to have or want to feel the comfort to know that we’ve got it in case we need it.” But, it works the other way too, and Harry said you should make sure your friends are doing okay too. “If you haven’t heard from someone for a while you know that the first thing you need to do is check in with them,” he added.

Meanwhile, while Harry was busy chatting to the former Invictus Games competitors, Meghan has also stepped out into the spotlight, discussing the media and the negative portrayal of people during an interview.

Over the past year the mother-of-one and her husband have openly criticised publications, even launching legal action against the Mail on Sunday after “the intrusive and unlawful publication” of a private letter, written by the duchess.

Now, during an interview with The 19th, Meghan has again discussed the toxicity and salacious nature of the media. During the chat, the duchess was in the interviewer’s seat, talking with The 19th‘s co-founder and CEO, Emily Ramshaw about the new non-profit newsroom.

However, she also had her say on different matters and said there’s a need for more “high quality journalism”. Meghan said both her and Harry have noticed the “economy of attention” in the media and how the salacious is rewarded over the truth.

“I think what’s so fascinating, at least from my standpoint and my personal experience the last couple of years, is the headline alone, the clickbait alone, makes an imprint,” she said during the interview.

“That is part of how we view the world and we interact with other people – there’s so much toxicity out there. In what is being referred to, my husband and I talk about it often, that economy for attention. That is what is monetizable right now when you’re looking at the digital space and media.”

Meghan added: “You’re just trying to grab someone’s attention so you’re going for something salacious versus something truthful. So I think once we can get back to a place where people are just telling the truth in their reporting, and telling it through a compassionate and empathetic lens, it’s going to help bind people as a community.”

How have you been managing through the coronavirus outbreak? Do you have friends and family to support you?