At home with the Sussexes: Harry and Meghan to ‘film reality show’ 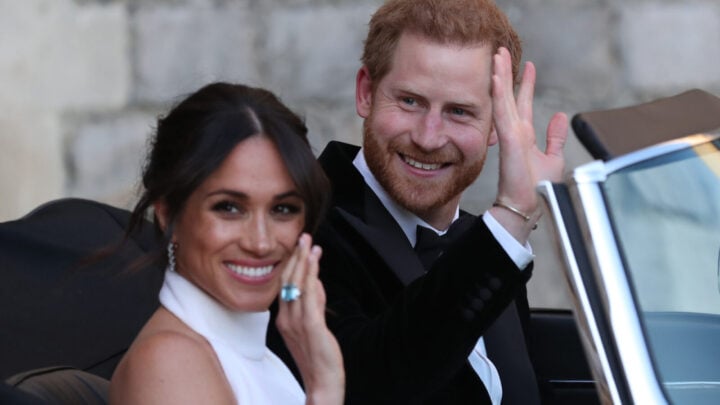 The couple signed a lucrative deal with Netflix earlier this month. Source: Getty.

Since stepping down as senior members of the royal family, Prince Harry and Meghan, Duchess of Sussex, have tentatively dipped their toes back into the world of show business, and more recently the couple recently even dared to wade into the waters of political commentary. But now, their next big project has been revealed.

According to multiple reports, the Duke and Duchess of Sussex are set to document their first year as a family living in the United States with a fly-on-the-wall reality show. UK tabloid The Sun first revealed the news, claiming that Meghan wants the world to “see the real her” after what has been a rocky year for the couple.

However it’s not yet clear how much of Harry and Meghan’s home life we will see, or even if their one-year-old son Archie will make an appearance. It has been suggested that the series could instead focus on their charity work.

“Much of the docuseries will be about their philanthropy rather than what they get up to behind closed doors,” a source told the publication. “But it will still be a fascinating insight and Meghan hopes viewers will get to see the real her.”

It comes less than a month after the couple signed a lucrative deal with Netflix to produce documentaries, films and children’s programs. The Duke and Duchess of Sussex, who recently bought a family home in Santa Barbara, Los Angeles, set up their own production company to develop projects for the popular streaming service.

“Our lives, both independent of each other and as a couple, have allowed us to understand the power of the human spirit, of courage, resilience and the need for connection,” the couple said in a statement, according to The Guardian.

“Through our work with diverse communities and their environments, to shining a light on people and causes around the world, our focus will be on creating content that informs but also gives hope. As new parents, making inspirational family programming is also important to us, as is powerful storytelling through a truthful and relatable lens.”

Just last week Harry and Meghan ruffled some feathers when they recorded a video message about the upcoming US presidential election. Prince Harry and Meghan called on American voters to “reject hate speech and misinformation” in a video which appeared on primetime TV as part of Time Magazine’s annual list of the world’s most influential people. Getting involved in politics is typically a big no-no for the royal family, however the duo are no longer senior working royals.

Meghan called on fellow Americans to vote in the “most important election of our lifetime”, before Harry, who’s still a UK citizen, chimed in, saying: “This election I am not able to vote in the US. But many of you may not know that I haven’t been able to vote in the UK my entire life. As we approach this November, it’s vital that we reject hate speech, misinformation and online negativity.”

The Times reached out to Buckingham Palace for comment, with a spokesperson telling the publication: “We would not comment. The Duke is not a working member of the Royal Family and any comments he makes are made in a personal capacity.” But one palace insider reportedly said Harry had “crossed the line”.

What are your thoughts?