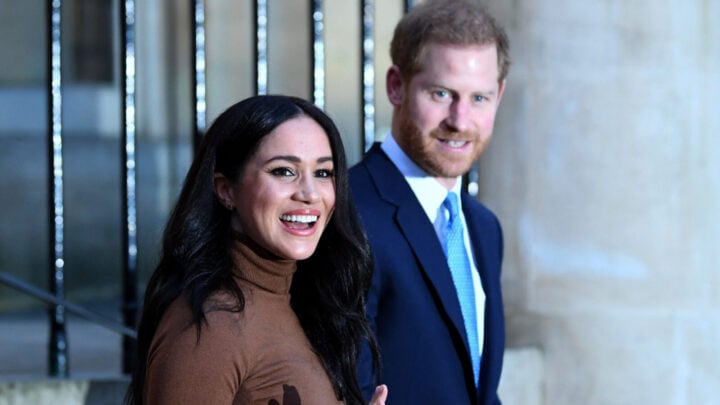 It's been reported Harry and Meghan are saying goodbye to social media for good. Source: Getty.

Prince Harry and Meghan shocked the world in January 2020 when they announced they were stepping back from their roles as senior royals.

Now a year on, it’s been reported the Duke and Duchess of Sussex are planning to say goodbye to social media for good too. According to the Sunday Times, a source close to the couple said they had “no plans” to use social media for their new Archewell Foundation, which they founded last year.

Harry and Meghan, who amassed more than 10 million Instagram followers as working royals, have not posted on the @SussexRoyal account since March last year. At the time, they hinted at leaving social media, writing: “While you may not see us here, the work continues.”

The decision by the Sussexes is reportedly a result of the “hate” they encountered online during their time  as working royals. In fact, Meghan has previously spoken out about the “almost unsurvivable” online trolling she experienced while pregnant with Archie.

“Eight months of that I wasn’t even visible — I was on maternity leave or with a baby,” she said candidly in a podcast in October last year. “But what was able to be manufactured and churned out, it’s almost unsurvivable.”

However, many people think the couple’s decision cements their departure from royal life for good. Meanwhile, others have congratulated the couple on the decision, while some think it’s just another publicity stunt.

Twitter user @Mminimen wrote: “They supposedly left the UK for privacy which has yet to be seen, so [I] take this latest comment with a pinch of salt.”

However @StocksColin commented: “Can’t blame them, why subject themselves to fouls language and abuse from all the keyboard warriors.” And @AlexMertle wrote: “Great start to a new year, let’s hope they stick with it.”

And despite what royal spectators may think, it appears the couple’s decision to step back as senior members of the royal family hasn’t impacted their relationship with the Queen. According to a News.com.au report, the Queen has invited Harry and Meghan to join her for Trooping the Colour in London on June 12 to mark her 95th birthday. If the event does go ahead amid the ongoing coronavirus pandemic it would be the first royal reunion with Harry and Meghan since Megxit.

Harry and Meghan currently live in California with their one-year-old son Archie. Since the big move, the new parents have not been shy about dipping their toes into the world of showbiz, with Meghan narrating her first documentary, Elephant ,on Disney+ last year. The couple also signed a multi-year production deal with Netflix and partnered with Spotify, a music streaming app, to produce and host podcasts.

What are your thoughts on this? Are you happy for them?