Prince Harry: ‘I would have been back already had it not been for Covid-19’ 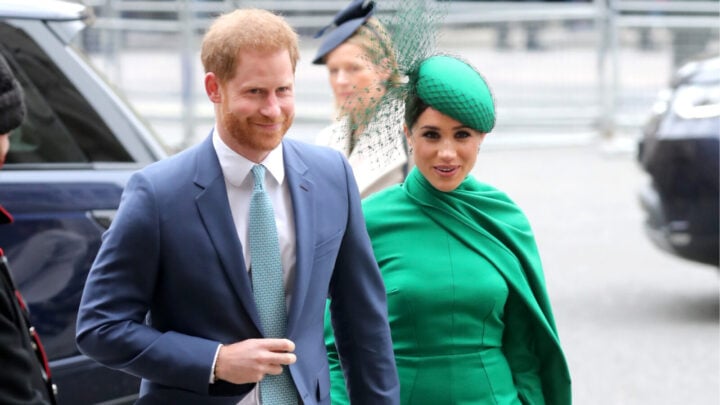 Prince Harry said he hopes to return to the UK for a visit next year. Source: Getty

Prince Harry and his wife Meghan, along with their son Archie packed up their bags and moved to the America earlier this year after stepping down as senior members of the royal family, but the duke said he definitely plans on returning to the UK and would have been back already if it wasn’t for the outbreak of the coronavirus.

The 35-year-old originally said they would split their time between the US and the UK, but due to Covid-19 those plans have changed and the Duke and Duchess of Sussex have spent the majority of 2020 in California. They even purchased their first family home in Montecito recently which is around two hours’ drive from Meghan’s native Los Angeles.

But, Harry said he is hopeful he’ll get to return home for a trip next year for the Rugby League World Cup. The Duke of Sussex joined a Zoom call with staff and volunteers from the Rugby Football League this week to mark the sport’s 125th birthday and played host to a special quiz.

The father-of-one also had time for a bit of a chat and said with the Rugby League World Cup coming home, he’s eager to jet off back to the UK for a bit.

“I definitely plan on coming back,” he said during the Zoom call, according to The Sun. “I would have been back already had it not been for Covid.”

Harry went on to discuss his love for the game and respect for the players who go through extreme physical challenges to play. He even admitted just watching Rugby League is “exhausting”.

“Listen I spent 10 years in the army, I know what endurance is all about,” he said, according to The Sun. “But, it’s madness.”

He added: “Full respect to anyone that plays the game, I think it’s amazing, and a lot of people would be jealous not to be part of that community.”

The Zoom chat comes after Harry and his brother Prince William issued a joint statement, updating fans on the progress of the Princess Diana statue.

While it was commissioned some time ago now, with the outbreak of the coronavirus things have been put on hold. But, according to William and Harry they will wait until next year on what would have been their mother’s 60th birthday to install it.

“The statue was commissioned to mark the 20th anniversary of her death and recognise her positive impact in the UK and around the world.”

The statement went on to sat that the momentous occasion will take place in the Sunken Garden on the grounds of Kensington Palace on July 1, 2021.

“The princes hope that the statue will help all those who visit Kensington Palace to reflect on their mother’s life and her legacy,” the statement ended, according to Hello! magazine.

Are you a fan of the royal family? Do you miss seeing Prince Harry in the spotlight?