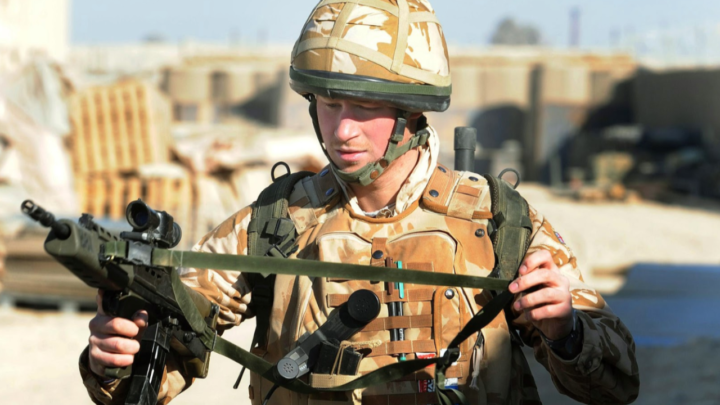 Prince Harry, pictured in Afghanistan in 2007, served as a Captain in the British Army. Source: Getty.

He rose to the rank of Captain in Her Majesty’s British Army and completed two combat tours of Afghanistan in 2007 and 2012. Now, it seems that Prince Harry may be back amongst his military comrades once again as he is said to be accompanying 1,000 troops on an elite war exercise.

According to UK tabloid The Daily Mirror, The Duke of Sussex is due to head to Norway with 1,000 elite Royal Marine commandos who are there to practice a counter-attack against a Russian invasion of the country.

Father-to-be Harry, who took over from his grandfather Prince Philip as Captain General of the Royal Marines in December 2017, will reportedly fly to the Scandinavian country later this month.

Reports out of the UK suggest that Prince Harry will spend time visiting the marines while the “extremely realistic” war games are taking place over a period of more than 12 weeks.

A source told The Daily Mirror: “Harry will be totally immersed in the exercise.”

If the British reports are true, the newlywed prince, who married Meghan, Duchess of Sussex, last May, will be part of one of Britain’s biggest war exercises against Russia in 20 years.

Troops from the United States and across Europe are also said to be involved, with a total of around 8,000 troops involved.

Read more: ‘He was the real deal’: US soldier recalls serving alongside Prince Harry.

Last year, a former US soldier, recalled what it was like to serve shoulder to shoulder with the Queen’s grandson in the active war zone.

South Carolina National Guardsman Colonel William Connor opened up to Daily Mail TV about sharing meals with the prince, as well as completing dangerous missions and working out together, in full body armour, in the make-shift gym on camp.

Connor reminisced about the moment a helicopter transporting a VIP landed on their base on Christmas Eve in 2007, which was when he met the British royal for the first time.

“We knew a VIP was coming in,” Connor said. “The first thing I saw was some of the Ghurkas taking pictures with Prince Harry. He had no security. He really expected no special treatment.”

He added: “He was in the thick of things. He was in the thick of the fighting. He was the real deal. He cast aside, came down range, got shot at, put his life on the line and led by example.”
The palace have not yet confirmed whether the reports are true, however Prince Harry resigned from active service in HM British Army in 2015, after 10 years.