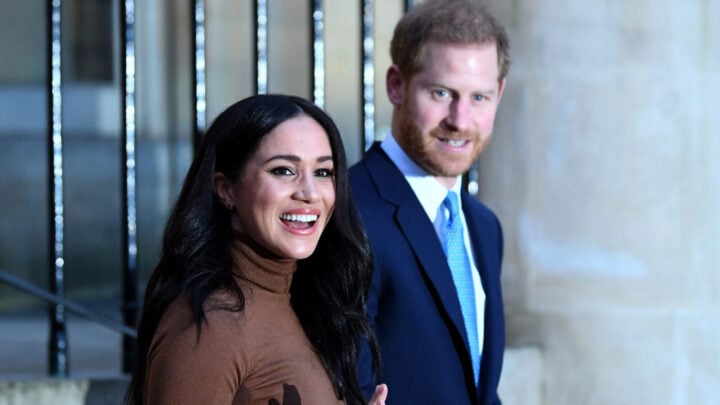 The Sussexes controversial tell-all interview with Oprah Winfrey has been nominated for an Emmy award. Source: Getty

Prince Harry and Meghan’s explosive tell-all interview with Oprah Winfrey has been nominated for an Emmy award. That’s right, the Sussexes could take home a gong for the two-hour primetime special, which saw them drop bombshell after bombshell.

The TV special, Oprah with Meghan & Harry: A CBS Primetime Special, is nominated in the ‘Outstanding Hosted Nonfiction Series Or Special’ category. Harry and Meghan are not personally nominees, but Oprah herself and the show’s producers (Tara Montgomery, Terry Wood, Brian Piotrowicz, Brad Pavone, Lindsay Flader) are.

Harry and Meghan’s interview with Oprah aired in the US on Sunday, March 7. The pair didn’t hold back during the program, with talk of jealousy, a lack of support from the royal family, and even relationship breakdowns.

One of the most shocking revelations, however, concerned the couple’s son Archie and his mixed race. During the sit-down, Meghan said there were palace “concerns and conversations about how dark his skin might be when he’s born”.

Later in the interview, Oprah pressed the prince for more information, asking him who was behind the comment. “That conversation I’m never going to share,” he said at the time. “It was awkward. I was a bit shocked.”

They later claimed it was neither Queen Elizabeth II nor Prince Philip.

A few days later, Buckingham Palace issued a statement, written on behalf of the Queen. “The whole family is saddened to learn the full extent of how challenging the last few years have been for Harry and Meghan,” the statement read.

“The issues raised, particularly that of race, are concerning. Whilst some recollections may vary, they are taken very seriously and will be addressed by the family privately. Harry, Meghan and Archie will always be much loved family members.”

Since officially stepping down from royal duties last year, Prince Harry has spoken publicly about royal life several times, and taken more than a few digs at family members. More recently, the 36-year-old spoke to American actor Dax Shepard in mid-May on the Armchair Expert podcast, where he accused his father of inflicting “genetic pain” on him, and blaming the Queen and Prince Philip for enforcing a cycle of poor parenting decisions in the royal family.

What are your thought on this?