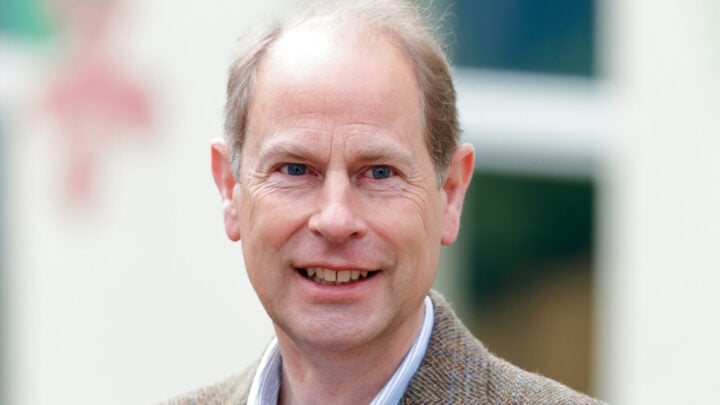 Prince Edward spoke to the BBC on what would have been his father's 100th birthday. Source: Getty

Speaking on what would have been his father the Duke of Edinburgh’s 100th birthday, Edward stood up for the Prince Harry and Meghan, telling CNN that “excessive” media intrusion is nothing new for the royal family.

“Listen, weirdly we’ve all been there before,” he said, the ABC reports.

“We’ve all had excessive intrusion and attention in our lives. And we’ve all dealt with it in slightly different ways, and listen, we wish them the very best of luck. It’s a really hard decision.

The 57-year-old prince was making reference to Harry and Meghan’s decision to step away from royal life for good. The couple now live in Santa Barbara, California, with their two-year-old son Archie and almost one-week-old daughter Lilibet. However, since stepping down officially in February this year, the couple has taken several swipes at the royal family. Most recently, Harry made a controversial comment about his father’s and the Queen and Prince Philip’s parenting style.

Asked how the Queen was coping with the ongoing Harry and Meghan drama, plus the death of her beloved husband, Edward said: “It’s difficult for everyone, but, as I said, that’s families for you.”

Despite the controversy surrounding the Sussexes, Edward wished the Sussexes the very best on their new path and congratulated them on the new addition to their family.

“(It’s) fantastic news about the baby, that’s great. I hope they will be very happy and it’s just … families are families, aren’t they, really?”

Edward’s comments come as Prince Harry and Meagan threatened the BBC with legal action after the broadcaster published a story claiming the couple didn’t ask the Queen for permission to use her childhood nickname, Lilibet, for their daughter.

The BBC was issued with a defamation writ and demands for a retraction from Harry and Meghan’s London-based lawyers this week. The BBC’s royal correspondent Jonny Dymond reported on Wednesday that a palace source had confirmed the duke and duchess had not sought the Queen’s approval before announcing their baby daughter’s name, Lilibet Diana Mountbatten-Windsor.

The palace is yet to officially comment on the matter.

What are your thoughts on this? Have you dealt with a family rift before?