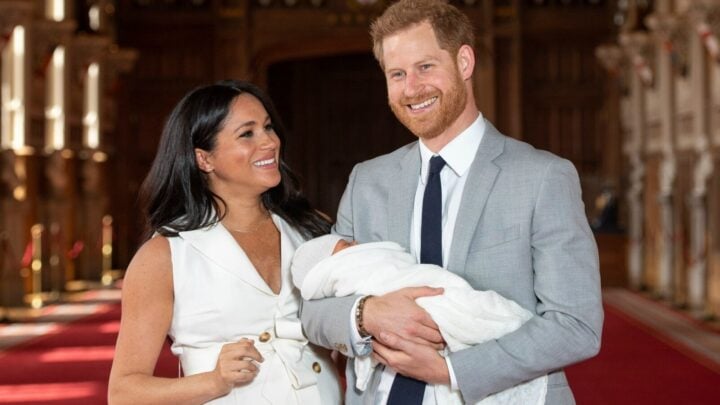 Prince Harry has delighted fans by giving a rare public update on his son Archie, revealing the royal toddler loves to play outside. The couple recently relocated to Santa Barbara in California after stepping down as senior members of the royal family earlier this year.

On Saturday, during a video chat which took place in honour of the Rugby Football League’s birthday, Harry, 35, spoke about his love for the sport revealing he wants to teach his 15-month-old son to play rugby.

“What I need is a few mini rugby balls that I can then get Archie involved with the game because at the moment it’s impossible to find any,” he said. “But I’ve got a little space outside, which I’m fortunate enough to have so I need to get him playing some rugby league.”

Harry went on: “I’m just unbelievably fortunate and grateful to have outdoor space and see my son be able to be outside because I know so many people just haven’t had that opportunity in the last five months.

“Our little man is our number one priority but our work after that is the second priority and we’re just trying to do everything we can to do our part to make the world a better place.”

🥳👏 After yesterday's amazing 'set of six' with his special guests, today, we see the roles reversed, as The Duke of Sussex is quizzed by Ellery Hanley MBE in 'Extra Time'!

Meanwhile, in the same chat, Harry revealed he definitely plans on returning to the UK and would have been back already if it wasn’t for the outbreak of the coronavirus.

The 35-year-old originally said they would split their time between the US and the UK, but due to Covid-19 those plans have changed and the Duke and Duchess of Sussex have spent the majority of 2020 in California. But, Harry said he is hopeful he’ll get to return home for a trip next year for the Rugby League World Cup.

Harry went on to discuss his love for the game and respect for the players who go through extreme physical challenges to play. He even admitted just watching Rugby League is “exhausting”.

“Listen I spent 10 years in the army, I know what endurance is all about,” he said, according to The Sun. “But, it’s madness. Full respect to anyone that plays the game, I think it’s amazing, and a lot of people would be jealous not to be part of that community.”

Royal fans were quick to comment on the video chat, with many commenting on how happy Harry was. Twitter user @ddarveyy wrote: “That’s one happy hazza [sic].” And @faith_first1 added: “I just love happy and content Harry.”