Most explosive clip yet! Meghan tells Oprah royals spread lies about her 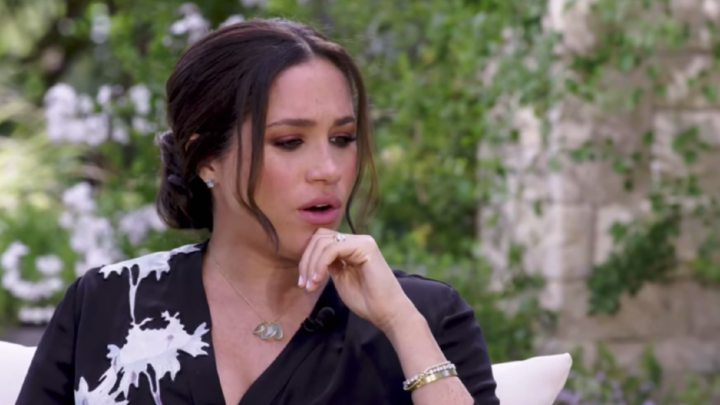 Harry and Meghan's tell-all chat with the Oprah Winfrey will air on Sunday, March 7 in the US. Source: CBS/YouTube.

A third trailer for the Duke and Duchess of Sussexes tell-all chat with Oprah Winfrey has been released, and let’s just say, Meghan is making no effort to hide her disdain for the royal family. In the 30-second clip, which was released by CBS, the American television station airing the Oprah interview, on Wednesday in the US, the popular chat show host asks Meghan how she feels about the palace hearing her speak “your truth today”.

“I don’t know how they could expect that after all of this time we would still just be silent if there is an active role that the Firm is playing in perpetuating falsehoods about us,” Meghan says. “And if that comes with risk of losing things, there is a lot that has been lost already.”

While Harry appeared in the first two sneak peak clips, which were released earlier this week, he’s no where to be seen in this latest clip.

Harry and Meghan are expected to tell Oprah why they walked away from the British royal family in the tell-all interview airing on Sunday, March 7 in the US. In two preview clips, which were released on Monday this week, Oprah asks Meghan if she was “silenced” by the royal family, while Prince Harry appears to take a swipe at his father and senior members of the royal family.

The interview was filmed at Montecito, Santa Barbara, where the royal couple are currently living with their one-year-old son Archie.

The sneak peak comes just hours after Buckingham Palace announced it is launching an investigation after the UK’s The Times reported that Meghan bullied several staff members during her time as a working royal.

The newspaper reported on Tuesday that the duchess drove out two personal assistants and left staff feeling “humiliated” when she lived at Kensington Palace following her May 2018 wedding to Prince Harry. The Times said an official complaint was made in October 2018 by Jason Knauf, then the communications secretary to the Sussexes. It was reported that he handed in his notice the following month and now works for Harry’s elder brother, Prince William.

In a statement, Buckingham Palace said it was “clearly very concerned” about the allegations in the newspaper “following claims made by former staff of the Duke and Duchess of Sussex”.

It also comes less than two weeks after the palace announced that the couple will not be returning to their duties as senior members of the royal family, a year after they announced they were stepping back from public life.

What do you think of Meghan's words?