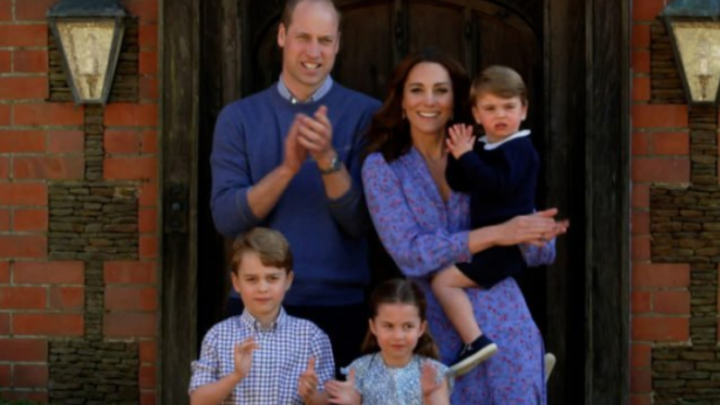 The Cambridge family relocated to Anmer Hall, Norfolk, for much of lockdown. Source: Getty.

The Duchess of Cambridge regularly delights royal-watchers with tales of her three children Prince George, Princess Charlotte and Prince Louis, who are being brought up by their parents as ‘normally’ as possible, despite their senior position within the British royal family.

However it seems that being the heir to the throne doesn’t change the relationship you have with your siblings growing up though, as last week Catherine revealed that eldest son George, six, has been a “little grumpy” towards his two-year-old little brother.

Speaking during an outing in Norwich last Thursday, the duchess said the six-year-old prince has taken umbrage over an ongoing sunflower-growing competition between the three royal siblings. The Cambridge family are currently living in their home Anmer Hall on the Queen’s Sandringham Estate.

“The children are really enjoying growing their sunflowers,” she said, according to the Daily Mail. “Louis’s is winning so George is a little grumpy about that!”

Catherine showed off her green fingers last week as she joined families from East Anglia’s Children’s Hospices (EACH), which she is patron of, to help plant a garden at The Nook, one of the charity’s purpose-build hospices.

For the special visit, Catherine wore a beautiful flowing dress from international label Faithfull The Brand, which featured pretty puffy sleeves and a pastel floral pattern. The duchess teamed the look with one of her favourite pairs of espadrilles and wore her hair in a straight style.

Refusing to let style hamper her abilities, Catherine can be seen bending down to the ground, and plunging her bare hands into bags full of soil in the photos which were shared on the official Kensington Palace Instagram account.

“This #ChildrensHospiceWeek The Duchess of Cambridge, Royal Patron of @eachhospices since 2012, joined families to plant a garden for The Nook, one of EACH’s purpose-built hospices,” the caption read.

“Using plants bought during her visit to Fakenham Garden Centre last week, The Duchess worked alongside an EACH volunteer gardener and a family to plant a garden that will provide enjoyment for children and families.”

Do you remember your own children having these types of fall-outs?