‘It’s like a huge rollercoaster’: Catherine ‘overwhelmed’ by Covid-19 project 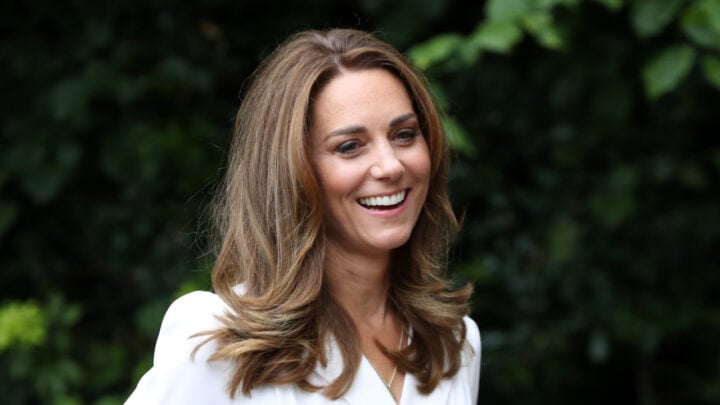 Catherine has been working on a photography project amid the Covid-19 outbreak. Source: Getty

Catherine, the Duchess of Cambridge, has described the last few months amid the coronavirus pandemic as “a rollercoaster” as she discussed the progress of her photo competition which aims to highlight the struggles and beautiful moments amid the Covid-19 outbreak.

Earlier this year the mother-of-three teamed up with the National Portrait Gallery to showcase the strength, courage and love people have shown each other throughout the global health emergency through a community photography project – titled ‘Hold Still 2020’. Members of the public were asked to submit images that they believed perfectly captured the “spirit, hopes and fears” of this difficult period.

Over the six weeks that the project was open over 30,000 images were submitted and recently Catherine joined a panel of judges to select the top 100 to be featured in a digital exhibition. Speaking in a video chat this week Catherine said she was “overwhelmed” by the public’s response to the project and said the quality of the images has been “extraordinary”, The Canberra Times reports.

Meanwhile, England’s chief nursing officer Ruth May, who is also one of the judges of the project, said she’s loved going through the photographs and it’s given her a nice break from Covid-19 work with the National Health Service.

“I found it hard as well as hysterically funny at times,” she said in the video chat, according to The Canberra Times.  When I was going through them I had a good old giggle as well.”

To which Catherine said: “It’s true, it’s like a huge rollercoaster, isn’t it, of emotions? I suppose that’s what everyone has experienced, a reflection of what everyone’s been through at this time.”

She added: “It’s been great, it’s going to be so difficult to edit this down.”

This week the public were also given a snapshot of some of the standout images in the project in a post shared on Catherine and William’s Instagram page Kensington Royal. One of the photographs showed a health care worker enjoying a well deserved break, while another showed a tired mum in her yard with her child in the background peeing in the garden. And the third image was of a church with photos of people on the chairs.

Royal fans were quick to comment on the snaps, with many saying they could relate to the photographers, particularly the second one of the mother and her child.

“Oh we’ve all felt number two! I hope that was gin in her glass. Also love how Catherine has shared this picture, I now feel like we’ve all shared the same lockdown parenting problems,” @leighwk14 wrote on the Instagram post.

“Loved the church one, a lot of thought and effort went into organising and attaching the photos to the pews. Well done,” @dior.savannah said. While @oshara_a_a added: “Amazing work by our duchess! Can not wait to see the full showcase!”

The rest of the top 100 are due to be shared in the digital exhibition from Monday, September 14. They will also be shown in towns and cities across the UK later in the year.

Are you a fan of the royal family? What do you think of Catherine's photo project?