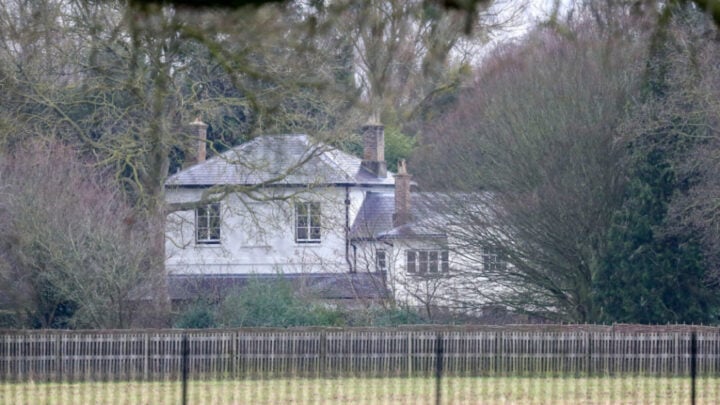 Frogmore Cottage was gifted to the couple by Her Majesty the Queen. Source: Getty.

The Duke and Duchess of Sussex ruffled feathers earlier this year when they announced that they would be stepping back from the senior ranks of the British royal family and forging a new, independent path for themselves across the Atlantic. Not least among the British public, who complained that millions of pounds had been spent renovating the couple’s short-lived home in Windsor.

Approximately £2.4 million (AU$4.3 million) was spent doing up Frogmore Cottage ahead of the birth of their only child Archie Harrison in May last year. The home was gifted to Prince Harry and Meghan by Her Majesty the Queen when the couple tied the knot in 2018.

However, when the couple announced they would be ditching their royal duties at the start of the year, many people criticised their frivolous use of taxpayer’s cash and suggested they should repay the funds – which Harry and Meghan voluntarily vowed to do.

While the couple now live permanently in the United States, Frogmore Cottage remains their home base in the UK. A statement published at the time of their exit said: “The Duke and Duchess of Sussex will continue to use Frogmore Cottage – with the permission of Her Majesty The Queen – as their official residence as they continue to support the Monarchy, and so that their family will always have a place to call home in the United Kingdom.”

And now, just five months after officially relinquishing their HRH titles, the couple have repaid the renovation costs. A spokesperson for the couple told the BBC: “This contribution as originally offered by Prince Harry has fully covered the necessary renovation costs of Frogmore Cottage, a property of Her Majesty The Queen, and will remain the UK residence of the duke and his family.”

In June, Harry and Meghan purchased their first family home in Montecito, California. The Sussexes reportedly quietly purchased the US$14.7 (AU$20.4M) compound in the coastal county of Santa Barbara in June, which is around two hours’ drive from Meghan’s native Los Angeles, reports Variety.

The grand property boasts nine bedrooms, 16 bathrooms and even an outdoor playground for baby Archie, as well as an impressive outdoor swimming pool, a private tennis court, library and wine cellar.