13 cool superpowers that belong to the Queen 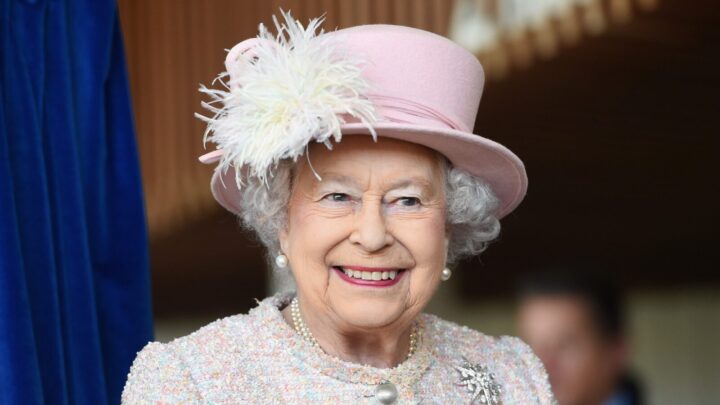 Being the ruler of Britain comes with some handy and surprising privileges for our Queen. Source: Getty.

It seems that being the Queen can be a pretty sweet gig sometimes – and that the job comes attached with a long list of terrific perks and powers. Most of us know that the Queen can appoint lords and ladies, sign laws, form governments (and fire them, as Her Majesty historically did in Australia in 1975 when she stood down the Gough Whitlam government). But here are 13 other powers and privileges that you may not have known the Queen has at her disposal. How many had you heard of before?

No license? No worries!

Because driving licenses are officially issued in the name of the Queen, she doesn’t need a license to drive like the rest of us – or have a number plate on her cars. Despite the fact that Her Majesty doesn’t require a license, she’s pretty handy behind the wheel and has been known to drive herself to some of her favourite places, such as the annual Royal Windsor Horse Show in her Land Rover (usually in her unofficial driving uniform of printed headscarf and large sunglasses). According to Time magazine, the Queen can also change a spark plug as a legacy of operating a first-aid truck for the Women’s Auxillary Territorial Service during World War II).

Again, because all British passports are issued by the Queen, she herself isn’t required to have one. However, she’s the only royal with this exemption. “All other members of the Royal Family, including the Prince of Wales, and her late husband, The Duke of Edinburgh, have passports,” says the official Royal Family website.

She has a private cash machine

Contrary to the idea that the Queen never has any money on her Royal Person, she does actually carry some bills in her purse to donate to the church on Sundays. Luckily, unlike us, she’ll never have to rush to find an ATM when she runs dry. Our sovereign has a private ATM cash dispenser in the Buckingham Palace basement that’s only accessible to the Royal Family and is run by the British bank Coutts.

Our monarch is a Swan Queen

All the “unmarked swans” on the River Thames and it surrounding tributaries belong to our Queen, thanks to a 12th century royal claim over the rights to the aquatic animals, says the official Royal Family website. The quaint power is observed each year during the annual “Swan Upping” ceremony in which Thames swans are caught, ringed and released as part of the census of the Queen’s swan subjects! The highly ceremonial ritual makes quite a spectacle. Over five days, “swan uppers” wear traditional costumes and row up the river in six skiffs in tandem with the Queen’s official Swan Marker.

She rules over the dolphins too

According to Time, the Queen also technically rules the roost over whales, sturgeons and dolphins in the waters around the UK, in a rule that dates back to a statute from 1324, during the reign of King Edward II. Any “fishes royal” captured within 3 miles of UK shores can be claimed on behalf of the Crown.
Double the birthday fun
It may not be that much of a cherry on top when you’re in your 10th decade, but Queen Elizabeth gets to celebrate her birthday twice each year. Once on April 21, her real birthdate, and again on the second Saturday in June when her royal birthday is marked by the Trooping the Colour ceremony.

Too famous for a surname

What does our Queen have in common with Beyonce and Madonna? She can ditch her last name. Queen Elizabeth, who grew up with the name of Windsor, her family house, left her childhood name behind when she inherited the throne and assumed the name Elizabeth Regina. Regina is the latin word for “Queen” and the name that appears on official documents. Having said that, according to Harper’s Bazaar, the shortened version of “Elizabeth R” is deemed sufficient in most cases.

It may not be that much of a cherry on top when you’re in your 10th decade, but Queen Elizabeth gets to celebrate her birthday twice each year. Once on April 21, her real birthdate, and again on the second Saturday in June when her royal birthday is marked by the Trooping the Colour ceremony.

How much fun would it be calling the shots on what your friends or family have to wear on all your get-togethers? Think of all those times when you didn’t feel like dressing up and just wanted to slob out in your comfiest tracksuit? The Royal Family is governed by many fashion rules: from always wearing tights (bare legs are a big no); to only wearing an all-black outfit for funerals and mourning. And it’s Queen Elizabeth who has the final say on dress code. Our Queen also decides which priceless pieces of jewellery she loans to her family for special occasions such as state dinners or royal weddings.

Not bend the knee

Curtsying is the mainstay of royal etiquette but at the ripe age of 95, our majesty must be more grateful than ever that she is not required to bend the knee to anyone. Protocol dictates that the Queen is curtsied to and does not need to reciprocate. As the official Royal Family website clarifies:  “All female members of the royal family are expected to greet the Queen with a formal curtsy upon every first address, while male members are required to head bow.”

Will never go to jail

Lucky for us the Queen is a law-abiding monarch. Because even though her actions help shape public opinion and the future of the monarchy, she herself has sovereign immunity and is therefore, safe from prosecution. She will never be called up for jury service either, while we’re on the subject of law and order. Once upon a time, it was the whole royal clan who were exempt from being called up for jury duty on the grounds that it was too disruptive to the running of the land. But since 2003, when the law was amended, it’s only the Queen who is now exempt.

It’s called a royal prerogative of mercy and Queen Elizabeth can lean on it in exceptional cases to grant a criminal pardon to an individual. Our monarch last used this special legal power in 2020, when she pardoned a convicted felon, Steven Gallant, after he heroically risked his life to save the lives of British citizens in a London terror attack while on day release.

The Queen reportedly eats four meals a day, but only manages small portions, according to the Independent. She also gets presented twice a week with a menu for her to choose from and can have her extensive cooking staff whip up anything she fancies. Best of all, she gets to say when it’s time to leave the table! According to royal etiquette, when the Queen’s done eating, the meal is over.

Which of these "superpowers" would you most like to wield?