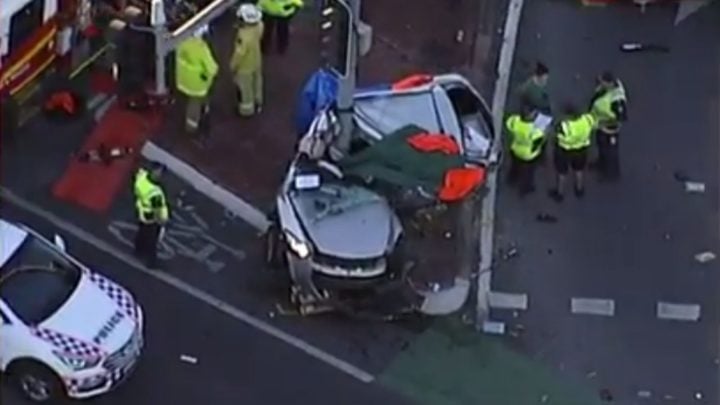 A 14-year-old boy and a 10-year-old girl have been charged following a horrific car crash in Queensland which claimed the life of another boy, aged 14.

Police have confirmed the alleged driver of the stolen vehicle that was involved in the tragedy in Rothwell on Wednesday – a 14-year-old Waterford West boy – will face charges of dangerous operation of a motor vehicle causing death, unlawful use of a motor vehicle, unlicensed driving and failing to stop for a red traffic light.

Shockingly, a 10-year-old female passenger  from Kallangur has also been charged with unlawful use of a motor vehicle.

Police alleged on Thursday that the car – a silver Mazda 6 station wagon – was stolen before the group of teens, along with the 10-year-old girl, drove it from a shopping centre at Kallangur, north of Brisbane. They were later seen speeding along Anzac Avenue before running a red light just before 4pm.

The vehicle is then said to have lost control, struck another car and collided with a set of traffic lights. The front passenger, aged 14, was pronounced dead at the scene.

Queensland Police have now confirmed in a statement that the alleged driver remains in a stable condition in Brisbane Children’s Hospital.

Rothwell: One teenager is dead and five others are injured after a horrific multi-vehicle crash. It comes following a terrible few days on Queensland roads. @GreenhalghSarah #TheLatest #7NEWS pic.twitter.com/51nM0DSnZS

“Three female passengers of the vehicle aged 10, 14 and 16 sustained injuries and were transported to hospital as well as a 13-year-old male passenger and the 14-year-old driver,” the statement added.

“Investigators are requesting information from anyone who may have been driving between 2.35pm and 2.50pm in the vicinity of the Mango Hill Railway Station and Anzac Ave between Kinsellas Road, and the intersection of Anzac Avenue and Wattle Street to contact police.”

It has been a horror week on the roads for Queenslanders with a woman and four children killed in a fiery crash in the state’s South Burnett on Monday evening.

Do you think more needs to be done to improve safety on our roads?