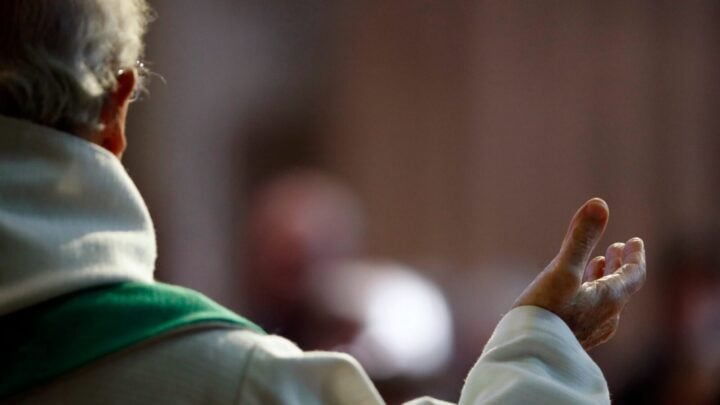 Priests in Queensland will no longer be protected by the seal of confession. Source: Getty.

Priests in Queensland will now face jail time if they fail to report cases of child sexual abuse under new laws passed through parliament on Tuesday, the ABC reports.

The new state laws mean priests will no longer be protected by the seal of confession and must report child sexual abuse or face three years in jail. The law was supported by the Opposition. The state’s teachers, doctors, nurses, childcare workers and school principals already have to report crimes against children to authorities.

“The requirement and quite frankly the moral obligation to report concerning behaviours towards children applies to everyone in this community,” he told the ABC. “No one group or occupation is being singled out.”

But One Nation MP Stephen Andrews said the laws will set a “dangerous precedent” that will eventually see lawyers, psychologists, and journalists dob in their clients or give up their sources, Brisbane Times reports.

“For example, if priests must break the confessional seal, surely lawyers must report evidence indicating their client has abused a child,” he reportedly said in parliament on Tuesday.

“If you accept the logic of the argument on this one abhorrent crime, you must accept it for all others. The same goes for other professions that may be privy to confidential information and knowledge such as doctors, lawyers, psychologists and journalists.”

Many people have since taken to social media to comment on the news, with the majority in favour of the new laws.

“Welcome[d] news,” one wrote. “The lifeline impact of child sexual abuse should never be underestimated.”

Another added: “Should have been reported regardless.” While a third wrote: “Should’ve been like this, to begin with instead of sweeping it under [the] carpet and moving priests around when parents started to question things.” Meanwhile, another added: “The year is 2020. This is embarrassing it took so long. When will the church start paying taxes too?”

Others called for the law to be global, with one writing: “Should be a global rule… good on Qld.”

It comes months after Cardinal George Pell opened up on the “shame” he feels over the Catholic church’s handling of child sex abuse. Speaking exclusively to Andrew Bolt in April, the 78-year-old said it is a “cancer” that needs to be cut out and admitted he feels “ashamed” that the issue had been treated “inadequately” by the church, as well as condemning those who committed the offences.

In December 2018, Pell was convicted of one charge of sexual penetration of a child under 16 years and four charges of committing an act of indecency with or in the presence of a child under the age of 16 years.

He was sentenced to six years in prison, with a non-parole period of three years and eight months. However, Pell spent a total of 405 days behind bars before his convictions were quashed by the High Court of Australia earlier this year, triggering his immediate release from Barwon Prison.