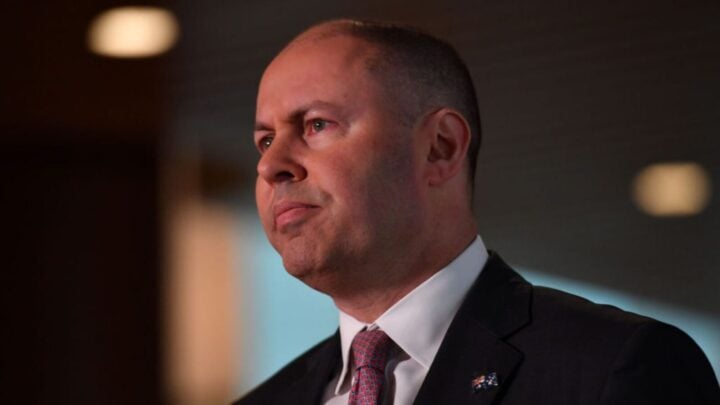 The Treasurer said there was already legislation in place to protect older workers. Source: Getty.

Treasurer Josh Frydenberg has defended the new JobMaker scheme amid concerns that the youth wage subsidy will put older workers’ jobs on the line as employers look to hire younger, cheaper workers.

The JobMaker scheme was passed by Parliament on Wednesday and directly targets younger workers by supplying eligible business owners with a weekly wage subsidy of $200 for those aged between 16 and 29 while workers between 30 and 35 years old will attract $100 a week.

Critics of the scheme, including the Opposition, have argued that supplying a youth wage subsidy could mean older workers who aren’t covered by government payments could be at risk of losing their jobs. According to The Council of the Ageing (COTA), which is the national consumer peak body for older Australians, under the current scheme an employer could theoretically displace an older worker from their role and replace them with two part-time or casual younger workers for a similar cost.

However, while speaking to Sunrise on Thursday morning, Frydenberg defended the scheme saying that there is legislation in place that will stop employers from sacking older workers to make room for those with a wage subsidy adding that the scheme plans to add more workers to a business rather than simply turning over current staff.

“You can’t have a contrived scheme, the Fair Work Act applies and there is a requirement of additionality, namely to both the payroll and to the headcount of a business when they take on a person,” he said.

However, additional safeguards that would have prevented exisiting workers from being sacked or losing hours to make way for new subsidy hires were rejected by the Coalition on Wednesday after One Nation backflipped on their decision to vote in support of them.

Despite previously warning that JobMaker would leave older workers “overlooked and disadvantaged”, One Nation leader Pauline Hanson was eventually swayed by Frydenberg to change her vote to rule against the additional safety nets claiming that due to protections in the Fair Work Act, employers “can’t just go and sack people … it can be challenged”.

Frydenberg said that the government has recognised how hard the pandemic has impacted younger Australians and is looking to raise the unemployment rate of those between the ages of 15 and 34 up from its current standpoint of 10.2 per cent. He added that is a big jump from the 4.7 per cent unemployment rate that is present in those aged 35 to 44.

However, in COTA’s response to the scheme, the council voiced concerns on the government’s failure to provide support for older workers despite the fact that people aged 55 to 64 years old spend an average of 36 weeks looking for work until they find employment compared to 14 weeks for all other age groups.

What do you think about JobMaker? Do you think there should be something in place for older Australians?