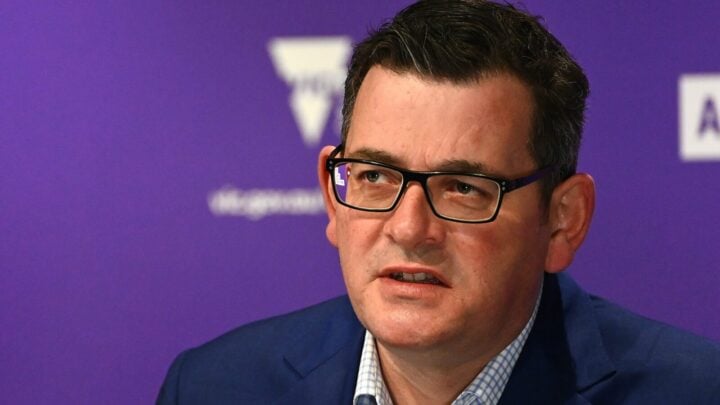 Premier Daniel Andrews confirmed the state’s daily case increase this afternoon, which is the highest daily increase for any state or territory so far. The state’s previous highest-ever daily figure was recorded on July 30, when the state recorded a total of 723 cases.

“I’m very sorry to have to report that the total number of fatalities due to this global pandemic is now 162 Victorians, that is 15 more since our last update,” the premier said.

“Of those 15 cases, 12 can be linked to aged care. If we can provide further information to you, then, of course, we will subject to the privacy and obviously prioritising the grief and loss that those families will be experiencing.

“Can I send my heartfelt condolences and sympathies to each of those families. This will be a terrible time and any and all support we can provide to you we will and we are with you in this very difficult time.”

The premier also announced that elective surgery other than for category one patients and the most urgent of category two patients will be put on hold until further notice.

“We can’t have a situation where we are making the sickest patients wait longer because we are treating wholly worthy and important conditions, but not necessarily time-critical conditions,” he said. “We can’t put those ahead of people who need that urgent care.”

It comes after Queensland Premier Annastacia Palaszczuk announced the state will be closing its borders to New South Wales and the Australian Capital Territory from this Saturday.

From 1am this Saturday, you can not enter Queensland if you are from NSW or the ACT. Returning Queenslanders will also have to pay for their own 14-day mandatory hotel quarantine after the deadline