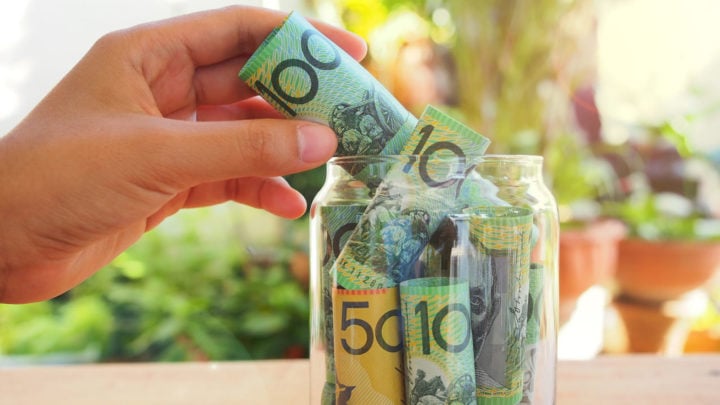 The stimulus payment was announced as part of the Coalition's Coronavirus Economic Response Package. Source: Getty.

Around five million Australians, including millions of Age Pensioners, are set to receive a payment of $750 from today. The second economic stimulus payment was announced by Treasurer Josh Frydenberg back in March and will be deposited into the bank accounts of eligible Australians from July 13 onwards.

The second payment will be paid to a smaller group of recipients than the first payment, as those on Jobseeker and Youth Allowance are not eligible as they are already in receipt of the fortnightly $550 coronavirus supplement. It will cost the Federal Government around $4 billion.

Speaking on Sunrise on Monday, Frydenberg said: “It’s the second such payment and it will be used for daily expenses, whether that’s food or grocery bills or indeed for rent or paying down some debts.”

“It doesn’t include those who are on the JobSeeker payment, because they’re getting a $550 a fortnight supplement,” the treasurer added. “Whereas the pensioners, the veterans, the carers, other eligible concession card holders are not getting that supplement.”

Those who are eligible for the second payment do not need to do anything or contact Services Australia as the payment will be automatically processed, providing that Services Australia – previously the Department of Human Services – has up to date bank details.

Eligible payments include, but are not limited to, the Age Pension, Disability Support Pension, Carer Allowance, Newstart, Partner Allowance and the Widow B Pension.

It comes after 6.8 million Australians received the first stimulus payment of $750, which was paid to people from March 31. The first payment was announced on March 12, as Prime Minister Scott Morrison unveiled the Coalition’s first economic stimulus package. The second Economic Stimulus Payment of $750 was announced by Frydenberg in March.

Minister for Human Services Stuart Robert also previously warned Australians to be vigilant and stressed that Services Australia would not be contacting anyone to gather personal details. Should you need to update your details, it is instead recommended that you do so by accessing your myGov account online, or by calling Services Australia on 132 300.

“If you receive an email purporting to be from Services Australia or Centrelink about the stimulus payments, it is most likely to be a scam. Services Australia will not communicate via email about this payment,” Robert said in March.

“Services Australia have specialist teams and sophisticated fraud detection programs operating in real time to prevent fraudulent claims. The Morrison Government takes all allegations of fraud seriously and assess all allegations we receive.”

Are you eligible for the payment?