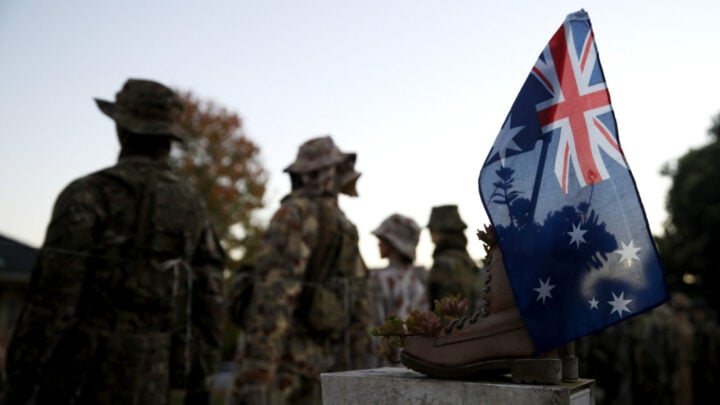 Morrison will release draft terms of reference for the royal commission later on Monday. It will be out for consultation with the states and territories and the veteran communities for the next four weeks.

“The royal commission will have a mandate to examine the systemic issues and any common themes and past deaths by suicide of Australian Defence Force members and veterans,” Morrison said in a press conference on Monday afternoon.

According to the prime minister’s official statement, “the royal commission will look at past deaths by suicide (including suspected suicides and lived experience of suicide risks) from a systemic point of view, while the National Commissioner will have a forward-looking role, including overseeing the implementation of the Royal Commission’s recommendations”.

Figures from December 2020 show there have been at least 500 veteran suicides in Australia since the start of the Afghanistan war. The RSL and other veteran organisations have been calling for a royal commission to tackle the wave of suicides among serving personnel and ex-servicemen.

“The issue of veterans’ mental health and veteran suicide is far too important to argue over. The RSL’s wish is for politicians of all persuasions to start contributing to solutions to veteran mental health issues,” he said.

Meanwhile, Minister for Veteran Affairs’ Darren Chester applauded the government’s decision and said the royal commission was a step in the right direction when it came to building confidence, trust and hope for current and future veterans and their families.

“This will provide an opportunity for us all to reset, further increase our understanding of this issue, and unite the Parliament, the ex-service community, and the families who have been affected by suicide,” he said.

“As a nation we take great pride in the men and women who have served our nation in uniform, and as a Government we have committed to help them with any mental or physical issues that are a result of that service.”

News of the royal commission comes after the government announced last week that the last remaining Australian troops in Afghanistan will leave the war-stricken country by September 2021.

Australian troops have been stationed in the Middle Eastern country for the past 20 years, our longest active military stint in history, and were a vital part of the coalition force working to to degrade the capabilities of terrorist organisations, including al-Qaeda. More than 39,000 Australian Defence Force personnel have served in Afghanistan since 2001, of which 41 were killed and many more wounded.