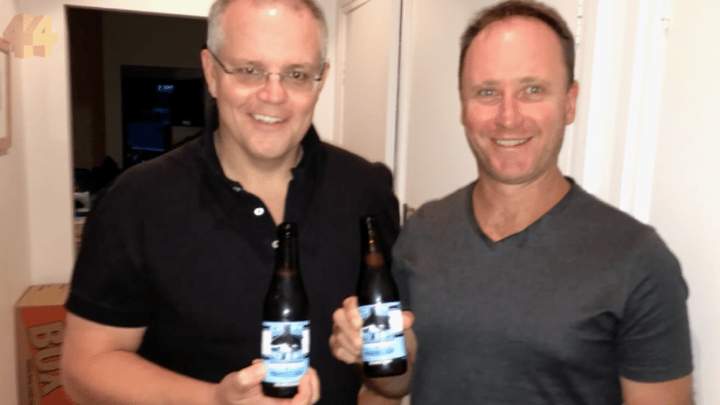 Born in the darkest corner of the web a few years ago, the QAnon conspiracy movement has been slowly creeping into normality and littering our social media feeds. Perhaps a result of the uncertainty and mental health issues that increased during the pandemic, it appears that many have fallen down the rabbit hole and begun following a theory that a secret war is being fought against corrupt and Satanic elites around the world. Now, the situation has escalated to the point where these extreme beliefs are tearing apart families and marriages all around the world.

The far-right QAnon movement was born in late 2017, when three conspiracy theorists found an anonymous and cryptic post by a person claiming to be a high-ranking military officer and going by the pseudonym “Q”. From this single post, the QAnon network and online community was formed.

Followers embrace the idea that a group of Satan-worshipping pedophiles — primarily elitist democrats, politicians, journalists, entertainment moguls and other institutional figures — control the government with the aid of the media. The theory alleges there is a secret battle between good and evil currently raging, with former US President Trump at the forefront of the battle against evil. Theorists follow the anonymous “Q”, who is said to leave cryptic clues in internet forums about Trump’s next moves in the “war”.

With the internet, the conspiracy theory has stretched far beyond the shores of the US, with the Institute for Strategic Dialogue — a think tank that examines extremism — recently reporting that Australia was the fourth most active country for QAnon followers after the US, Canada and the UK.

Now, an Australian family has spoken publicly about watching their loved one, Tim Stewart, descend into QAnon’s theories. On the ABC’s Four Corners report Monday night, the family shared their fears about Tim’s extreme beliefs and concerns about his close long-term friendship with Prime Minister Scott Morrison. The family are so concerned about the situation that they have gone so far as to notify the national security hotline about Tim several times.

Tim and his wife Lynelle’s friendship with the PM and his wife Jenny began in the early 1990s. The couples are known to holiday together, and until late last year, Lynelle worked as a household attendant at the PM’s official residence at Kirribilli House.

During the Four Corners episode, Tim’s sister Karen Stewart told interviewers that the family became concerned about his extreme views in the past 12 months. The family said they’re speaking out as a warning to other families about the dangers of online extremism.

“Tim believes that the world has really been taken over by Satanic paedophiles, or Luciferian paedophiles,” she said. “I don’t understand why the PM would want to be seen to be with someone who has such radical beliefs.”

The extremist beliefs even go as far as to analyse a person’s clothing and footwear, with Karen saying her brother told her that, “if people wear red shoes, then they’re wearing red so that when babies are slaughtered and the blood falls on the ground, no-one will see the blood spatter”. Karen said the theory is so extreme that non-believers are considered “paedophile enabler[s]”.

Tim’s mum is just as tormented by her son’s newfound beliefs, saying that she’s grieving the loss of the son she once knew. “I’m not a psychologist, I’m his mum, and I hope that one day some of this might be in the past. But I know that there are just concerns that we have in hearing and watching some of what has happened over particularly this last year or so,” she said.

According to the ABC, Tim’s online blog, Sideways Step, details the QAnon conspiracy theory, stating that a group of leftist elites are running a paedophile ring designed to harvest children’s blood. “The true nature of these crimes shows that humans are being treated as a commodity and human energy is being harvested without permission,” the blog states. “Furthermore, it is focused on children, who are more innocent and unaware… Why do evil people wish to rob a young child of their virginity? … Why do they drink blood? Why do they need to sacrifice humans?”

The PM has not yet responded about whether he and Tim are still friends, though at a recent press conference he said it was disappointing the Four Corners program had made such allegations. “I find it deeply offensive that there would be any suggestion that I would have any involvement or support for such a dangerous organisation. I clearly do not,” Morrison said.

Have you known anyone who has fallen victim to dangerous conspiracy theories?