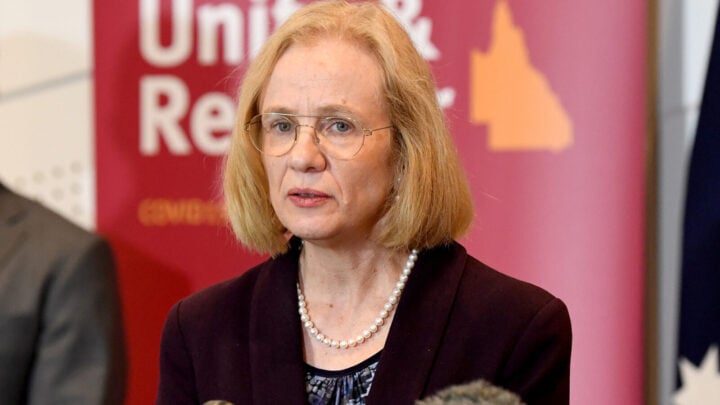 Victoria has recorded its lowest daily Covid-19 case numbers in 11 weeks, with 35 new cases and seven further deaths announced on Monday morning. It comes one week after Premier Daniel Andrews unveiled his roadmap to recovery, sparking hope that the state may soon be able to start reopening.

As per the roadmap, which has been heavily criticised, metropolitan Melbourne must reach an average daily case rate of between 30 and 50 cases over the preceding fortnight to trigger an easing of restrictions from September 28.

Pressure is still mounting against Andrews to lift lockdown rules earlier however, with Prime Minister Scott Morrison labelling the plan as “a worst-case scenario”. “I see it as a starting point in terms of how this issue will be managed in the weeks and months ahead in Victoria,” the prime minister said. However Andrews is standing firm on his plans, and said politics are useless in the fight against the virus.

Meanwhile in Queensland, it has been revealed that Chief Health Officer Dr Jeannette Young has received death threats over the state’s response to the pandemic, specifically in relation to strict guidelines around funerals and border closures. AMA Queensland President Dr Chris Perry said Dr Young has police officers who “follow her everywhere” as a result of the “toxic” criticism aimed at Dr Young, reports the Courier Mail.

Moving away from Covid, it has been reported today that the personal details of more than 35,000 Australians have been collected by a Chinese company Zhenhua Data as part of a giant database targeting influential figures. According to SBS, the company has links to Beijing’s military and intelligence networks and has collated profiles on 2.4 million people.

The profiles reportedly contain a range of information including birth dates, addresses, marital statuses and political leanings, as well as bank records, previous job applications and even psychological profiles.

And in other news, veteran journalist Liz Hayes broadcast the most personal story of her career on last night’s episode of 60 Minutes, as she opened up about her father’s death in an emotional segment on Australia’s “broken” regional health system. Hayes’ 88-year-old father Bryan Ryan, who had a heart condition, died in Taree, New South Wales on September 11, 2019, as a result of a catastrophic stroke.