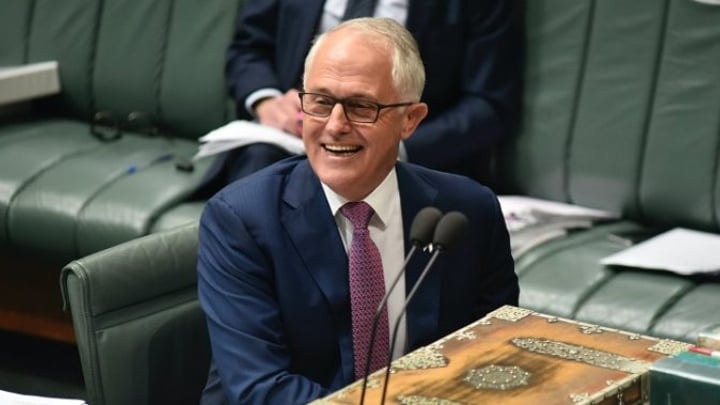 Malcolm Turnbull is one loss away from matching Tony Abbott's record. Source: Getty

In the latest Newspoll published by The Australian, the PM has lost his 29th poll in a row on a two-party preferred basis. This means that he’s now one loss away from matching former prime minister Tony Abbott’s 30 poll losing streak.

You’ll recall that Turnbull took over from Abbott as the Liberal Party leader in 2015, noting that losing 30 Newspolls in a row as a main reason for stepping up as leader and ditching Abbott.

Turnbull is still in front when it comes to preferred leader of Australia, sailing ahead of Shorton by three points at 39 per cent. It’s a particularly worrying time for Turnbull, who has said that he would step down if he ever lost 30 Newspolls in a row.

Earlier this month, Abbott appeared on 2GB radio where he said he Turnbull should never have let the Newspolls determine leadership. “I never made the polls the be all and the end all,” he explained to host Ray Hadley.

Turnbull also faced criticism from Leigh Sales on ABC’s 7:30 show. She asked whether it was fair for Abbott to make comments about Turnbull’s popularity when it comes to NewsPolls. Unimpressed, Turnbull said it was up to the party to determine the leader of the Liberal Party.

.@TurnbullMalcolm says neither Newspoll or 7.30 will determine who leads the Liberal Party. #abc730 #auspol pic.twitter.com/bcp26MPS78

“The only test that determines whether you lead the Liberal party or not, is having the support of the party,” he told the host.

What do you think? Is it time for Malcolm Turnbull to step down as leader of the Liberal Party? Who would make a better prime minister of Australia?