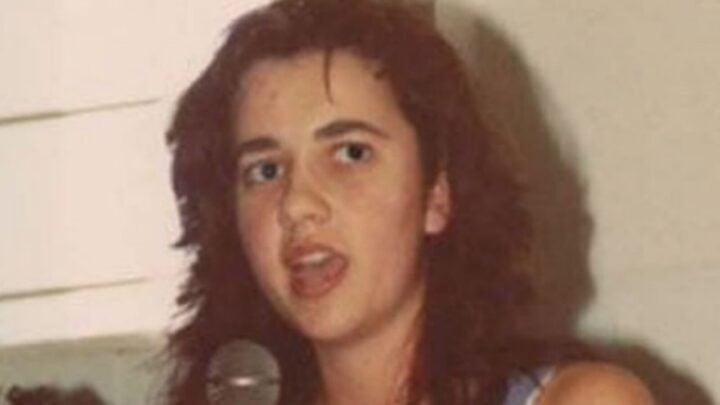 This Aussie politician has taken a trip down memory lane overnight and shared a throwback photo from her younger years. In the lead up to the state election today, Queensland Premier Annastacia Palaszczuk shared a side-by-side photo of her from her younger days to now. She wrote over the top of the pictures: “How it started, how it’s going.”

It’s not clear when the first photo was taken, but Annastacia appears to be in her early-to-mid 20s, while the second photo was taken on the campaign trail during the Queensland election.

Many social media users were quick to comment on the post and wish her all the best, with one writing “I don’t know what she’s saying in the first pic but I’m convinced.”

Another added: “Very outspoken from [a] young age! Go, Anna! We are all behind you.” While a third wrote: “Brilliant photo. Best wishes for tomorrow.”

Queenslanders will have their final chance to cast their vote today on who they think should win the state election, Annastacia or Opposition Leader Deb Frecklington.

The premier has copped some heavy backlash the last few weeks over her strict stance on borders. Despite mounting pressure from the public to reopen borders, Annastacia announced on Friday during a press conference that Greater Sydney and Victoria will remain closed to Queensland for the time being. However, residents in all other areas of NSW will be able to enter Queensland from next week.

“Victoria will be closed to Queensland, that remains closed,” the premier said yesterday morning. “That is a strong border decision that we have taken every step of the way.”

She went on to confirm that, in terms of the New South Wales border, the 32 local government areas that make up Greater Sydney will still be barred from crossing the border. The Sunshine State’s November 1 opening date has also been pushed back to 1am on November 3, in order to allow all border passes to be renewed.

It comes after Prime Minister Scott Morrison urged Annastacia to ease the border restrictions, saying the state can’t “stay stuck in neutral”. Speaking on 2GB radio on Friday he said: “It’s hard often to get a clear steer on what’s behind these decisions.

“Australia is opening up again, we’ve committed to having Australia fully open by Christmas and we need to move towards that. We can’t stay stuck in neutral. We’ve got to get going again.”

Who would you like to see win the state election?