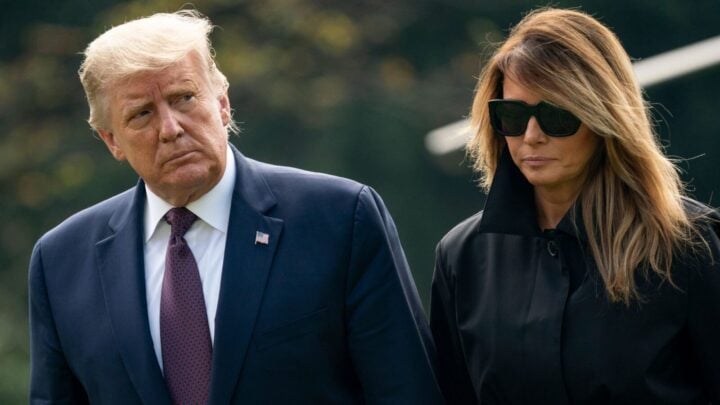 The couple have both contracted the virus. Source: Getty.

“Tonight, @FLOTUS and I tested positive for COVID-19. We will begin our quarantine and recovery process immediately. We will get through this TOGETHER!” he wrote on Twitter.

His tweet came after it was revealed that the First Couple had entered quarantine at the White House after aide Hope Hicks tested positive to the virus. Despite members of White House staff having tested previously, this is the first time Trump has gone into quarantine.

Trump confirmed Hicks’ positive result earlier in the day, and said revealed he and his wife of 15 years were awaiting their own test results. Hicks travelled to and from Colorado with the President earlier this week, where he took part in the first of three presidential debates.

In a statement published before the news was confirmed, a White House spokesman said the President “takes the health and safety of himself and everyone who works in support of him and the American people very seriously”.

“White House Operations collaborates with the Physician to the President and the White House Military Office to ensure all plans and procedures incorporate current CDC guidance and best practices for limiting COVID-19 exposure to the greatest extent possible both on complex and when the President is travelling,” the statement read.

The second presidential debate was due to take place on October 15, however it is not yet clear whether this will go ahead as planned.

Trump appeared alongside Vice President Mike Pence at a coronavirus task force briefing on Monday, with neither politician choosing to wear a mask.

Do you know anyone who has tested positive?