The 10 most powerful people in Australia revealed 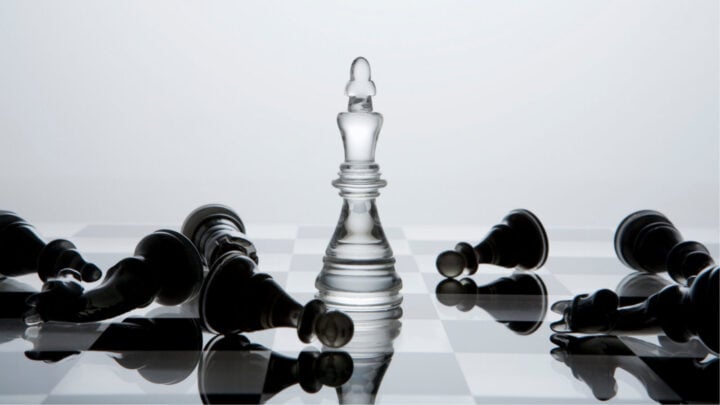 The Australian Financial Review published the list in its most recent issue. Source: Getty.

There’s no denying the fact it has been an unusual year due to the outbreak of Covid-19, and as a result Australia’s top politicians and health experts have been more visible than ever as they work to halt the spread of the virus and ensure the safety of the public. Therefore it’s perhaps unsurprising that pollies make up the lion’s share of this year’s list of Australia’s most powerful people.

The list was published in the most recent issue of the Australian Financial Review magazine and outlines the 10 people who have wielded undeniable power, and done it well, in totally unprecedented times. Here’s who made the cut.

The prime minister has perhaps never before been as visible as Scott Morrison has been throughout the pandemic, as barely a week goes by these days without another major update from the Liberal leader. While the PM will always have his critics, there is no doubt that Australia has handled the pandemic more effectively than many other nations and the AFR’s panellists described ScoMo’s leadership as a “standout”.

“History will show that Australia has probably been a standout in doing things early. A lot of other countries are catching up,” Nicola Wakefield Evans said. While John Scales said: “He’s virtually lapped the field. The key thing, and the polling shows this, is the PM and a lot of the state leaders have just transcended the politics of the situation. When leadership was required, the PM really stood to the situation.”

Ahead of tonight’s Federal Budget, it is unsurprising that Treasurer Josh Frydenberg has retained his position as the second most powerful figure in Australia. One of the key reasons for his high ranking, it seems, is his work ethic.

Nicola Wakefield Evans said: “Josh and the Treasury team have been outstanding in understanding and quickly implementing measures to help the corporate sector navigate their way through the pandemic. He’s working 24/7, and has been very willing to talk to business to understand the pressures that business is under.”

Scott Morrison’s right hand man throughout the early months of the pandemic, Professor Brendan Murphy earned his place on the list thanks to the advice and expertise he displayed as the country came to terms with the global health crisis.

“The Prime Minister was doing his press conferences with Professor Murphy with the constant refrain that he was relying on the advice of the health experts,” Julie Bishop said. “It sounded like a rock band, ‘Brendan Murphy and the Chief Medical Officers’.”

While panellist Sandra Harding said: “He’s the head of the pack. I think that was part of the Prime Minister’s genius, to have him there answering those questions and doing so visibly.”

The New South Wales premier is the highest ranking state leader this year, as well as being the only female to make it into the top 10. While Warren Mundine accepts that Berejiklian’s administration isn’t without fault, he described the premier personally as a “standout”.

While Tony Mitchelmore said: “From the public’s point of view, it’s a massive change. There used to be a general questioning about the relevance of state governments. Now they’re shutting down borders and closing schools. People are realising these leaders do have a lot of power.”

There is perhaps no one who has garnered more attention or created more headlines in recent months than Victorian Premier Daniel Andrews. The entire country has become accustomed to seeing Andrews deliver his daily Covid-19 updates, along with Chief Health Officer Brett Sutton. Putting Covid aside, supporters of Andrews praised his leadership throughout the bushfire crisis, including panellist Raina MacIntrye who said: “During the bushfires, Andrews asked for Defence Force support to evacuate people from Mallacoota, which didn’t happen in NSW, where people were stuck and had to just get themselves out any way they could. That was good leadership on his part.”

However Julie Bishop suggested that the level of intervention exercised by the premier is unlikely to ever be seen again. She said: “What the state premiers are doing is without precedent. Dan Andrews is wielding considerable power, but it’s not necessarily working for Victoria, given the mistakes that have been made.”

He has been front and centre, alongside the prime minister, throughout Covid-19 and one panellist described Health Minister Greg Hunt’s efforts during the health crisis as “really impressive”. Another panellist said: “Hunt has really improved his standing through the way in which he’s been very reassuring in his public appearances. To have a health minister who seems to know what he’s doing, talking in very empathetic terms, I think it’s been very effective in the public being prepared to go along with Team Australia.”

The Big Four banks had a tough time in 2019 as the Royal Commission into Misconduct in the Banking, Superannuation and Financial Services Industry highlighted failings within the sector. However Commonwealth Bank’s CEO Matt Comyn, who was appointed to the role in April 2018, earned a spot in this year’s power list thanks to his efforts to repair some of the damage previously done.

“He’s the standout of the big four CEOs,” panellist John Scales said. “He’s power-coaching the whole banking industry about how to do things properly. And he has got the ear of the Prime Minister as well.” While fellow panellist David Gazard said Comyn is ” trusted by government”.

Reserve Bank Governor Philip Lowe has fallen four places in the rankings since last year, however the importance of his position has been undeniable this year as the central bank repeatedly slashed the cash rate, which currently sits at an historic low of 0.25, in response to the economic impacts of the ongoing pandemic.

Panellist Paul Howes said people should not underestimate what Lowe has done this year. “While a lot of his levers are gone, his quiet turning on of the printing presses, and the way in which that was done in a calm, under-the-radar manner, is probably one of the most significant events that occurred for the stabilisation of our economy from January through to where we sit right now,” he said.

One person who’s fighting McGowan’s corner is former Foreign Affairs Minister Julie Bishop. She said: “In Australia, 40 per cent of all export income comes from WA. Mark McGowan has made sure that our mining and resources industry has powered through this economic crisis. What he’s doing to get FIFO workers in, or initially closing off regions like the Kimberley and the Pilbara, is unprecedented.

“The WA public believe that McGowan has stood up to the Prime Minister to protect WA on issues like cruise ships, international flights and the hard border. It has been an extraordinary example of a state premier taking advantage of a national crisis.”

And, acknowledging the East-West divide, another panellist jokingly labelled McGowan the “Prime Minister of West ’Straya”.

As leader of the opposition, it’s no surprise that Anthony Albanese has made the cut. However the Labor leader has fallen five places in the rankings since 2019. Julie Bishop said Albanese’s role is “more important than ever”. She added: “There must be an effective opposition even at a time when we need national unity. Labor wasn’t smashed at the last election. The government won, but not in a landslide.”