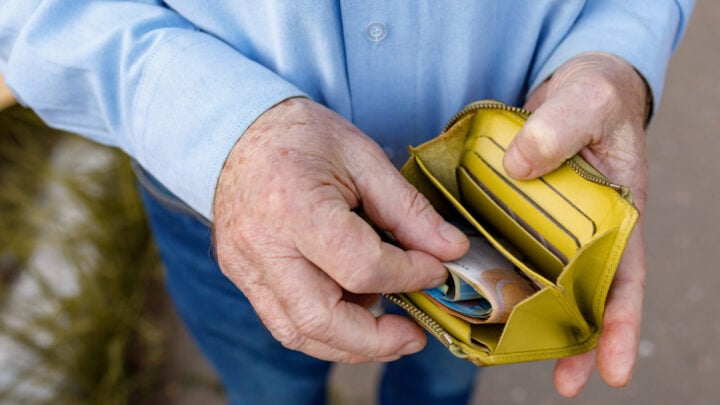 September's payment increases, which are linked to inflation, are expected to be the largest increase in over a decade. Source: Getty Images.

The impact of the rising cost of living has been felt by all Australians, but pensioners who have been doing it particularly tough are set to receive a lifeline with pension payments expected to receive a major boost in September.

The bi-yearly payment increases, which are linked to inflation, are expected to be the largest increase in over a decade with the inflation rate sitting at 5.1 per cent and expected to surge higher towards the end of the year.

Payments are predicted to increase by $25.50 a fortnight, according to modeling obtained by The Daily Telegraph.

While commenting on the proposed increases, Treasurer Jim Chalmers said “this indexation” was crucial “to keep up with the skyrocketing cost of living.”

“The shape of the challenge to inflation will get worse before it gets better but it will get better,” he told reporters.

“We understand that pensioners are doing it incredibly tough when it comes to their costs of essentials like groceries, electricity and petrol and in other parts of the household budget.

“We don’t want to see pensioners fall further and further behind.”

“Australia’s income support system needs to support the most vulnerable to ensure that no one is left behind, but it also needs to assist people to support themselves where they are able to do so,” Rishworth told news.com.au.

“Every little bit helps. It’s the very least that pensioners and other Australians doing it tough deserve.”

The predicted September increase in payments comes after Opposition Leader Peter Dutton called to double the amount age pensioners can earn before their pensions are reduced in an effort to both fix staff shortages and help with the rising cost of living.

The $145 million proposal would see the pension income limit raised from the current amount of $300 to $600 a fortnight and still be able to receive the maximum age pension of $987.60 for singles and $1488.80 for couples.

In a statement released by Dutton at the time, the Coalition leader said the policy would “help relieve pressure on a very tight labour market” as well as “put downward pressure on inflation and interest rates”.

The expected increase in the age pension and the recent calls from Dutton to double the amount age pensioners can earn before their pensions are reduced can’t come soon enough for seniors after the Australian Bureau of Statistics (ABS) revealed older Australians are suffering the most from the rising cost of living.