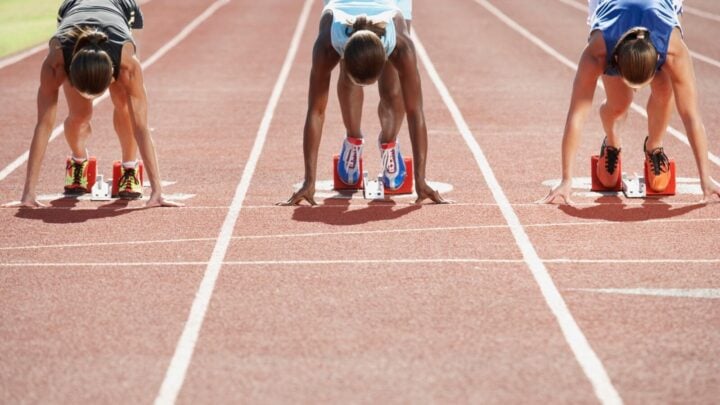 A basic income would mean every Australian starts off on the same foot. Source: Getty.

A new study has suggested that implementing a basic income for all Australians could level the playing field by significantly reducing inequality and poverty. However, it could come at the cost of higher taxes across the board.

The research was published in The Economic and Labour Relations Review and looked into the policy pathways surrounding a basic income payment. The structure could be compared to a universal basic income (UBI) which has started to gain traction over the past decade particularly in European countries.

The study suggested that all Australian adults receive a basic annual income of $18,500 which will taper off as income thresholds increase. Those with an income of more than $180,000 (the threshold at which the top marginal tax rate applies) would not receive any payment.

In order to settle on the $18,500 a year mark, the study compared it to the annual income of $14,650 which represents the pre-Covid JobSeeker rate (formerly Newstart). The lower payment would cost the government $103 billion a year while the increased basic income would cost $126 billion.

However, moving to the more expensive rate was found to significantly equalise the distribution of wealth and reduce a key measure of national inequality by almost 20 per cent. Additionally, the poverty rate would drop from 11 per cent to 9.1 per cent, meaning about half a million people would be lifted above the poverty line.

To achieve this base income however, the national tax rate would have to be increased substantially. This means lifting tax from 28 per cent of gross domestic product to 34 per cent bringing it in line with the average for the OECD.

According to the study, the entire Covid-19 pandemic has highlighted the need to progress income security measures including implementing ideas of “emergency” and “recovery” basic incomes. And with the economic fallout of the coronavirus crisis continuing, universal basic income schemes have started to become a viable option for many countries battling with soaring unemployment rates.

Europe’s first government-backed universal basic income was only recently trialled in Finland and was met with a mixed outcome. The experiment was conducted in 2017 to 2018 and provided a randomly selected pilot group of 2,000 participants with a basic income that, unlike Australia’s pitch, didn’t reduce with an increased work income.

According to the results, the study found that the scheme didn’t do much in regards to pushing unemployed people to find work but did improve mental wellbeing, confidence and overall life satisfaction. Although the scheme was not technically a universal basic income trial because the monthly $895 payments weren’t enough to live on, it was still watched closely by other governments that were considering following suit.

Universal basic incomes can be seen not only as a way to encourage more people into some form of work without fear of losing their government benefits but also a route to reducing the level of dependence on the state and overall reducing welfare costs.

Do you think a universal basic pension is a good idea?