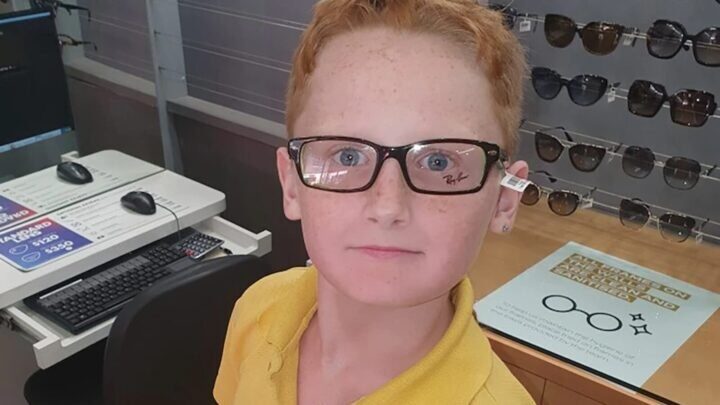 “Peter was always our little hero - he was always there to lend a helping hand,” the cousin of Hillcrest jumping castle victim Peter Dodt has told mourners at the 12-year-old’s funeral yesterday. Source: Tasmanian Police

Parents of ‘hero’ schoolboy Peter Dodt, who died in Tasmania’s jumping castle tragedy, were misinformed about their son’s condition in the aftermath of the accident.

Dodt was one of dozens of children who were celebrating their last day at Hillcrest Primary School in Devonport when about 10 am on December 17, 2021, a strong burst of wind hit a jumping castle in which seven children were playing in.

12-year-old Peter Dodt was then blown 10 metres into the air, inside the castle, alongside Zane Mellor, 12, Jye Sheehan, 12, Jalailah Jayne-Maree Jones, 12, Addison Steward, 11, and Chace Hamilton, 11, who all died in the catastrophe.

According to The Daily Mail, when Dodt’s mother asked if Peter was okay, the school reportedly said “Yes you need to come and get him as soon as possible because there’s been an accident.”

Dodt’s devastated mother, Miranda McLaughlin, told The Daily Mail she had no idea of the tragedy that was unfolding and was “only five minutes away from the school when it all happened.”

“I could have had that time with my boy, but instead we were kept away while a stranger held his hand,” she said.

Dodt was airlifted to the hospital with head trauma, bleeding lungs, and shattered pelvis, however, his injuries were so severe doctors were unable to stabilise him long enough for an MRI.

Despite his fatal injuries and only being down the road from her son’s school, McLaughlin said she only found out there was an accident through social media.

McLaughlin was unaware of the seriousness of her son’s accident, so she and Dodt’s father, Andrew Dodt, decided to send Dodt’s 16-year-old sister, Chloe, along with Dodt’s grandmother, to pick him up.

Upon arrival, the teen realised the situation was more serious than she anticipated but still had no idea her little brother was one of the victims, or that he was the young hero who spent his final moments trying to save the lives of his schoolmates.

“When the castle lifted, Peter started screaming at people to get off…He was mister responsible,” his mother explained.

Police officials would not give Chloe any information about the accident until her father arrived and learned that his 12-year-old son had already been taken to the hospital.

“When I found out I thought, “he’s tough – he’ll be right and he’ll wake up. I’ve seen him fall over and get back up again like it was nothing,’” his mother said. McLaughlin was initially told her son was unconscious, but later found out he was awake and surrounded by strangers while being transported to the hospital.

Dodt had been so scared he responded by biting a health worker on the arm.

“He wasn’t a violent boy at all – he was just so distraught at having people around him that he didn’t know,” his mother explained.

Doctors had attempted to transport Dodt from a hospital in Launceston to Royal Hobart via a helicopter, but the boy started crashing on the flight, forcing them to turn around.

Though the surgical team had found the source of Dodt’s bleeding, the blood in his lungs was preventing oxygen intake. About 40 minutes later, Dodt’s family were given the tragic news.

The Daily Mail reports that the Tasmanian Department of Education sent out an email apologising to the victims’ parents who were not told their children were injured.

Due to Covid-19 restriction, McLaughlin had not seen her son since Christmas of 2020 because he lived with his father Andrew in Tasmania. Once restrictions finally lifted in December 2021, his mother got on a plane to Devonport to see her son a week before the tragedy.

“Peter was full of life, always making people smile with his antics. His heart was bigger than the world,” she said.

“Words cannot explain what a beautiful soul he was or the loss we feel without him, forever in our hearts.”