‘At war with predators’: Tough new laws could lock paedophiles up for life 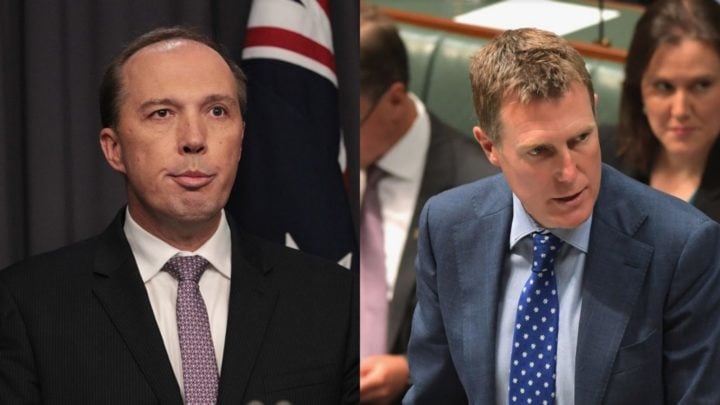 Tough new laws being proposed by the government would see some of the country’s worst child sex offenders face life behind bars for their “despicable” crimes, as Australia’s top politicians announce they’re waging war against “predators”.

Home Affairs Minister Peter Dutton and Attorney General Christian Porter have announced plans to grant judges permission to hand out life sentences to the worst sex offenders – should the laws get passed – while keeping mandatory jail sentences in place for all others. The laws would also make it harder for serious offenders to get bail, while repeat offenders will have to stay in prison for longer.

The Crimes Legislation Amendment (Sexual Crimes Against Children and Community Protection Measures) Bill 2019 is being billed as the Australian government’s biggest overhaul of sex crime laws in 25 years – and it sparked a powerful message from Porter, who revealed his disgust that 28 per cent of child sex offenders convicted of federal offences last year did not spend one day in jail.

“It simply beggars belief that nearly a third of all child sex offenders who were sentenced last year were not required to spend a single day behind bars, despite the devastating and life-long impacts that their crimes have on their young victims and their families,” he said in a statement. “And when jail terms were handed out, the average length of time that offenders spent in custody was just 18 months.

“The changes being introduced by the Morrison Government will ensure that a jail term becomes the starting point for all child sex offenders, while maximum penalties will also be increased to better reflect the gravity of these types of crimes, including a new life term for the worst offenders.”

“Sentences need to reflect community expectations and act as a significant deterrent to others, which is why these sorts of despicable crimes must result in significant penalties, not simply a slap on the wrist which is often the case,” Dutton added. “Our Government is at war with these predators and all those who would seek to do harm to children.

“The message we are sending to paedophiles is that it won’t matter how good their lawyer is, a prison cell will be waiting for them when they are convicted. This is what the community expects and this what the Morrison Government intends to deliver. I would urge the Labor Party, who failed to support these reforms in the last Parliament, to listen to the Australian People and put community safety first when it comes time to vote on this Bill.”

It comes after Dutton announced plans for a national paedophile database earlier this year, stating that a similar register has been used effectively in the US for more than two decades.

“It would have a strong deterrent effect on offenders and ensure that parents are not in the dark about whether a registered sex offender has access to their children,” he said at the time. “The abuse and exploitation of children is a global epidemic that is becoming more prevalent, more organised and more extreme. Thwarting that exploitation is a key priority for me as Minister for Home Affairs. I have always fought for the protection of children and this is a battle that we must win.”

Do you agree with the proposed new laws? Should all sex offenders face mandatory jail time?