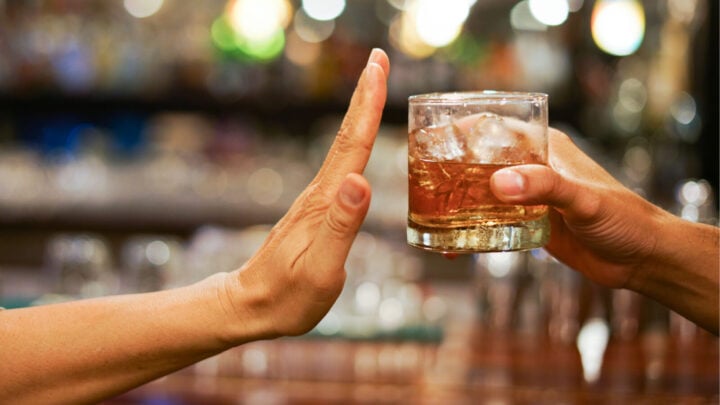 In Queensland, meanwhile, quarantined residents are furious after having their own alcohol confiscated and rationed. Source: Getty.

The Bureau of Meteorology says more wild weather is coming after the snow that dumped on Tasmania and southern Victorian in recent days, the ABC reports. The cold snap brought snow to levels not seen for nearly 100 years in some areas, the broadcaster says, and the BOM forecasts that a second weather system that deluged parts of Western Australia is set to bring rain to inland New South Wales on Friday.

Meanwhile, The Age in Melbourne reports that the National Cabinet is to meet on Covid-19 issues as Victoria is expected to record 451 new cases today, slightly lower than the daily average of 499 for the past seven days.

The Australian covers the $15 billion extension of JobKeeper payments, expected to be announced today, that will allow hundreds of thousands of additional workers access the payments and lower the bar for businesses to claim them. The government’s decision to further extend JobKeeper, which will cost the nation almost $102 billion in total, comes as the Victorian lockdown is expected to put up to 400,000 more Aussies out of work and cause Australia a third straight quarter of economic contraction.

And a feature by Anna Caldwell in Sydney’s The Daily Telegraph says the coronavirus has caused Australia to forget NSW bushfire victims who are still waiting to rebuild their homes. Caldwell claims that too many private-dwelling bushfire rebuilding projects are on hold due to confusing state government red and green tape that dictates how property owners use their own land, while development approvals move too slowly through local councils.

In Queensland, meanwhile, quarantined residents are furious after having their own alcohol confiscated and rationed, The Courier Mail reports, calling the moves by the hotels providing quarantine “un-Australian”. The Queenslanders are funding their own quarantine but say the Brisbane hotels they’re staying at while isolating are withholding alcohol they purchased online from bottle shops and had delivered to the premises.