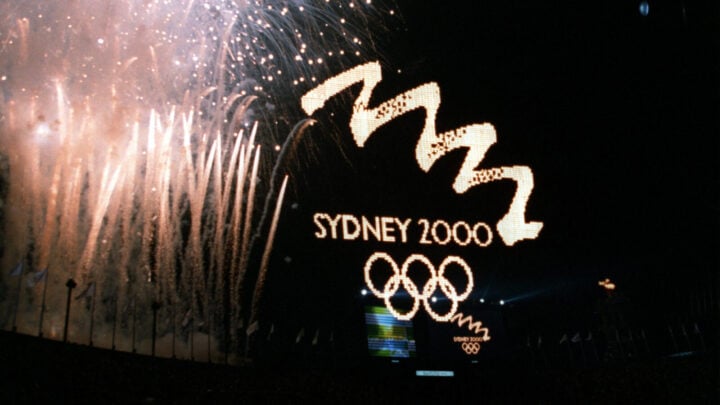 It has been 20 years since the Sydney Olympics. Source: Getty.

Today marks 20 years since the Olympic Games began in Sydney! Regarded as the world’s greatest sporting event, the Olympics delivered some of the most memorable moments in Aussie sporting history.

Who could forget Cathy Freeman’s triumph in the 400m, or the men’s relay team taking home the gold and setting new world records in both the 4x100m freestyle relay and the 4x200m freestyle relay? And while he’s not an Aussie, the 2000 games also saw the debut of 15-year-old swimmer Michael Thorpe, who is famously now the most decorated Olympian of all time.

Turning our attention to Covid-19, all eyes are still firmly on Victoria as the state creeps nearer to the potential loosening of restrictions from September 28 – and people living in regional areas of the state could be granted a reprieve from today, as Premier Daniel Andrews is expected to announce that rural areas outside of Melbourne can ease by two steps in the government’s roadmap out of lockdown.

It comes as Victoria recorded no new deaths overnight, for the first time in two months, according to The Age, as well as 42 new cases. Further north, Queensland recorded just one new case of the virus, however that person is in hotel quarantine. While South Australia is reportedly considering reopening its borders to residents of NSW and the ACT, which will undoubtedly increase the pressure on Queensland Premier Annastacia Palaszczuk who has stood firm on the issue of border closures in recent weeks.

Meanwhile the impact of Covid-19 continues to be felt in the business sector, as Virgin Australia has announced it is considering axing a further 250 jobs from its head office, according to an exclusive report in The Australian. Journo Imogen Reid reports that chief executive Paul Scurrah wrote a note to staff yesterday, in which he said the aviation industry is in “the midst of its worst crisis”.

“Our cash management throughout this period is absolutely critical,” Scurrah wrote. “One of our largest costs is labour, and with much less transitionary work required as the administration process is coming to an end and without the revenue coming through the door, we simply cannot justify the number of team members who are currently stood up.”

And in international news, presidential hopeful Joe Biden has branded US President Donald Trump a “climate arsonist” as devastating bushfires continue to rage across the west coast of the country. “You know what is actually threatening our suburbs? Wildfires are burning our suburbs in the West,” Biden said in a speech at the Delaware Museum of Natural History. “If we have four more years of Trump’s climate denial, how many suburbs will be burned in wildfires?

“If you give a climate arsonist four more years in the White House, why would anyone be surprised if we have more of America ablaze?”