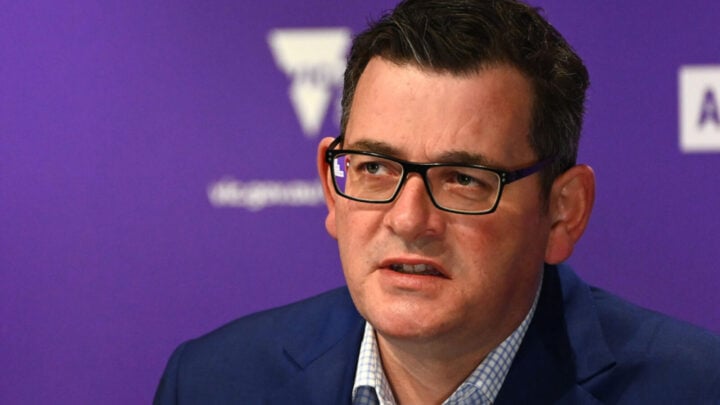 This morning’s headlines were all about savaging Victorian Premier Daniel Andrews over his roadmap to bring the state’s capital out of Covid-19 lockdown.

The plan, which Andrews revealed on Sunday, requires a staged exit from coronavirus restrictions that ends on November 23. Melbourne residents will remain under strict lockdown until September 28, before conditions ease slightly, but all stages of easing are dependent on the number of new Covid-19 cases emerging.

The ABC reports that Prime Minister Scott Morrison, already frustrated by state premiers who are defying federal government instructions to ease border restrictions, released a statement with Treasurer Josh Frydenberg and Health Minister Greg Hunt that described the extended restrictions in Melbourne as “hard and crushing” for the city’s residents. The statement emphasised the importance of reopening the economy and restoring the liberties of Australians.

“The continued restrictions will have further impact on the Victorian and national economy, in further job losses and loss of livelihoods, as well as impacting on mental health,” the federal government statement said.

“They’re not interested in listening, there’s been zero interest in trying to engage with the business community in a meaningful way,” Willox told the newspaper.

Meanwhile, news.com.au reported that the head of Victoria’s Chamber of Commerce, Paul Guerra, had described the roadmap as a “road to nowhere” that failed to deliver for the thousands of businesses trying to keep their doors open and staff employed. And The West Australian quoted Business Council of Australia CEO Jennifer Westacott as calling state border closures “pointless” job-killers.

But The Sydney Morning Herald cited Victoria’s Deputy Premier James Merlino as defending the roadmap on ABC Radio National. Merlino said that without a plan to emerge from Covid-19 lockdown Victoria wouldn’t make an economic recovery.

“You’ve got to tackle the health crisis, you’ve got to get those numbers down before you can have extensive opening up of the economy,” he told Radio National, according to the SMH.

Victoria recorded 41 new virus cases in the past 24 hours, and nine deaths.