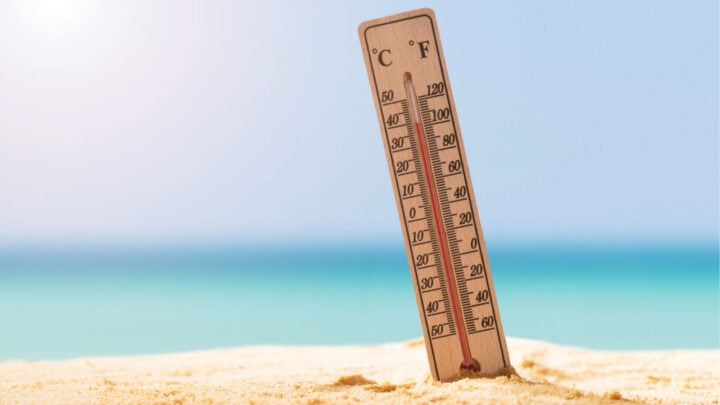 Temperatures are set to reach 30 in Sydney today. Source: Getty.

Just days out from Premier Daniel Andrews’ announcement about how Victoria will make its way out of the current stage four lockdown, the southern state has recorded another rise in daily Covid-19 cases. Victoria recorded 113 new cases over the past 24 hours, the first time the daily figure has been over 100 since August 30, as well as a further 15 deaths – nine of which occurred before yesterday.

It comes as the Herald Sun published “top secret leaked documents” which it claimed revealed the premier’s highly-anticipated roadmap out of lockdown. The publication claimed that Victoria’s lockdown would be extended for two weeks, according to the documents, with limited changes before the end of September. However the state government has since confirmed that it the leaked paper is actually an “out of date draft” and not the plan that Andrews will unveil over the weekend.

Queensland recorded just two further cases of Covid-19 on Thursday, both of which are believed to be linked to the existing youth detention cluster. The state’s focus is now on the successful delivery of the AFL Grand Final, after it was revealed yesterday that the match would take place at The Gabba on October 24. As of yet, no plans for how tickets will be allocated in light of the ongoing pandemic have been released.

Meanwhile, Sydneysiders are set to bask in the heat today with temperatures expected to soar to 30 degrees in the city’s west and 29 degrees in inner Sydney, reports the SMH. The heatwave won’t last for long though as a cold front is expected to hit tomorrow, bringing temperatures back down to normal levels for this time of year by the weekend.

And in other news, the Duke and Duchess of Sussex have reportedly signed a huge multi-million dollar deal with Netflix. Prince Harry and Meghan are said to have been recruited to produce documentaries, films and children’s programs for the hit streaming service and have set up their own production company.

“Our lives, both independent of each other and as a couple, have allowed us to understand the power of the human spirit, of courage, resilience and the need for connection,” the couple said in a statement, according to The Guardian. “Through our work with diverse communities and their environments, to shining a light on people and causes around the world, our focus will be on creating content that informs but also gives hope. As new parents, making inspirational family programming is also important to us, as is powerful storytelling through a truthful and relatable lens.”