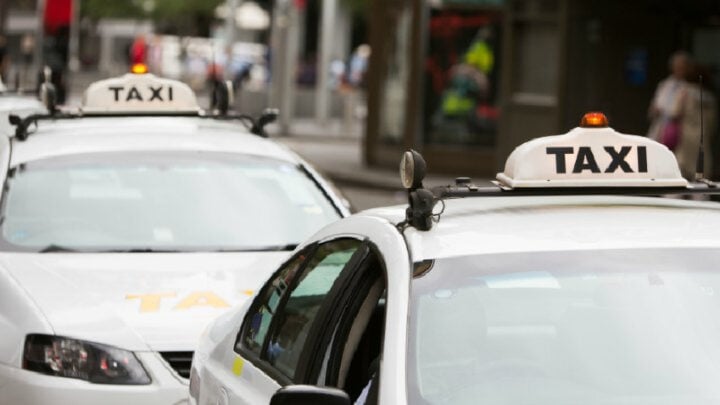 Today’s figures are good news for those still in lockdown in metropolitan Melbourne, as the city’s rolling 14-day average now sits at 34.4. This figure must stay below 50 in order for restrictions to be eased slightly on September 28, as step two of Daniel Andrews’ roadmap to recovery. After that, step three of easing restrictions requires Melbourne to reach a 14-day average of fewer than five daily cases, by October 26.

Meanwhile, health officials in New South Wales have issued a warning after it was revealed that a taxi driver, who has tested positive for Covid-19, had worked eight shifts for 13CABS whilst potentially contagious. NSW Health said the confirmed case drove taxis in western and south-west Sydney between September 8-10 and 14-18.

According to the ABC, people who rode in taxis in Moorebank, Bankstown, Chipping Norton, Liverpool, Lidcombe, Warwick Farm and Milperra may have been affected.

And in other news, Australian sporting icons Lisa Curry and ex-husband Grant Kenny have farewelled their daughter Jaimi, after the 33-year-old passed away last week. The couple’s eldest child was laid to rest in a funeral held on the Sunshine Coast on Saturday, and her family have taken to social media since to share poignant final tributes.

“Yesterday, as the sun was setting, we said goodbye to you, our Jaimi,” Lisa wrote on Sunday. “As the last sun rays filtered through the trees onto you, fairy lights flickering everywhere around, with the most divine flowers surrounding you, and a room full of unconditional love, we farewelled you… always our bubba.

“It was just perfect… beautiful, quiet, pretty and sparkly… just the way you would have wanted it.”

The former Olympian added: “Our little angel, you can now rest peacefully. Free of pain, free to flourish and free to grow, free to just be.