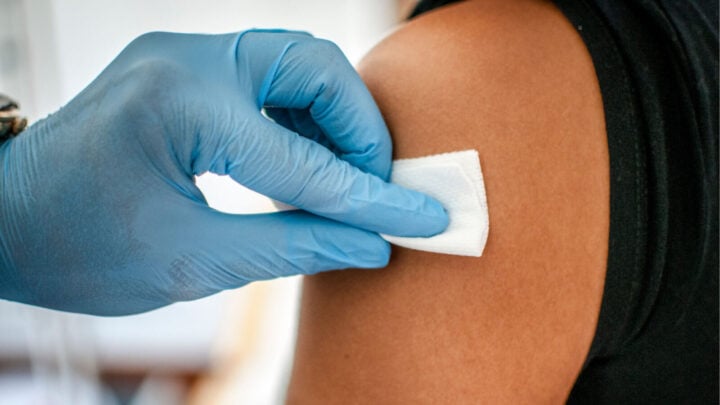 Health Minister Greg Hunt said he is "cautiously optimistic" that a Covid-19 vaccine will be available next year. Source: Getty.

Victoria’s reported its highest daily death toll from Covid-19, the ABC reports, with 25 fatalities on Sunday topping the 21 reported last Wednesday. The number of new cases dropped to 282, however.

This comes after federal Health Minister Greg Hunt told Sky News on Sunday that he was “cautiously but genuinely optimistic” that a coronavirus vaccine would be available by 2021. While The Sunday Telegraph reported that Australia was in advanced negotiations to have a British vaccine produced in Australia.

Meanwhile, The Australian reports that the federal government is piloting a scheme in which fee-paying foreign students will be priorities on flights over the thousands of Australians still stranded overseas due to a severe shortage of seating available on commercial flights as a result of Covid-19 travel restrictions.

The cost of the students’ charter flights will be covered by the students themselves or their universities, but Aussies who can’t afford the inflated prices being charged by commercial carriers for flights back to Australia, or who can pay but simply can’t get a seat due to the strict caps on the number of incoming passengers, say the South Australian pilot is unfair.

And Melbourne’s The Age has continued its moving series commemorating those who’ve lost their lives to Covid-19, with a focus today on three much-loved mothers and grandmothers. The newspaper welcomes submissions from families and friends who’d like to see their loved ones receive tribute in the series. Anyone interested can contact [email protected] and [email protected].

In non-coronavirus news, Aussie Olympian, Charles ‘Chilla’ Porter, has died aged 84. His son, Australian Attorney-General Chritian Porter, called his dad, who became a household name after competing at the Melbourne Olympics in 1956, a “wonderful, loving father and husband and grandfather who lived such a fantastic life”.

In New Zealand, PM Jacinda Ardern has delayed the country’s election for a month while NZ fights a new coronavirus outbreak.

And in the US, nine-year-old Jordan has captured the heart of the nation after a video of the Oklahoma boy asking for nothing more than a family that he could talk to went viral. Jordan, who’s been in foster care for six years, received more than 5,000 offers of adoption after being interviewed by local news station KFOR. Asked what his three wishes would be, Jordan answered: “To have a family, and family, family, those are the only wishes I have”, before adding “I hope one of y’all pick me”.