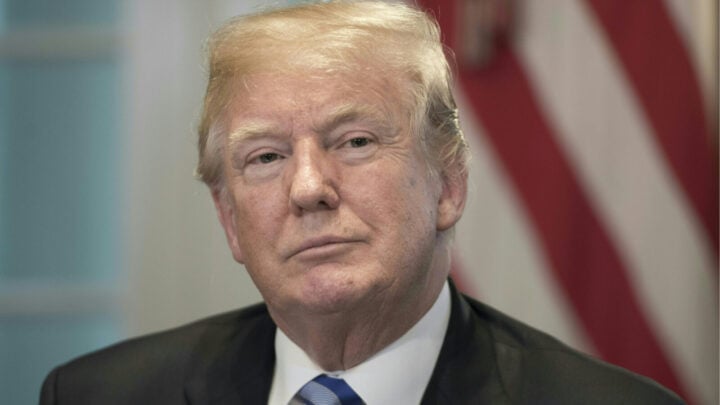 Trump and Biden went up against each other on Tuesday night. Source: Getty.

All eyes were on the United States yesterday as President Donald Trump and democratic candidate Joe Biden went toe-to-toe in the first of three presidential debates, with just five weeks to go until the election. Following the debate, the overwhelming consensus was that it had been a bit of a shambles, however President Trump seems to have a different view of how the debate played out.

Taking to Twitter after the televised event, which took place in Cleveland, Ohio, Trump first took a swipe at moderator Chris Wallace, saying he “had a tough night”, before claiming the debate was actually “two on one”, referring to Wallace and Biden, versus himself. The president didn’t stop there though as he also criticised his opponent, referring to him as “Sleepy Joe” and claiming he would “destroy” America if he was elected into the White House. If you want to read more on the debate, community blogger Rod Wise dissected the event for Starts at 60. Read his blog here.

Switching focus to another political debate now, New Zealand Prime Minister Jacinda Ardern is making headlines around the world this morning after she admitted to having used cannabis in the past.

During the second debate between National party leader Judith Collins and the incumbent prime minister on Wednesday, talk turned to the upcoming cannabis referendum. Collins said she had never used the drug and would not vote to legalise it, however Ardern refused to disclose how she intends to vote, reports The Guardian, admitting that she had used cannabis “a long time ago”.

Taking a look at the current Covid situation across Australia, Victoria recorded 15 new cases and two further deaths in the past 24 hours, bringing the city’s 14-day rolling average down to 15.6, while the total number of ‘mystery’ cases with an unknown source stand at 15.

Further north, Queensland has eased its borders with New South Wales, allowing residents from five local council areas to enter the Sunshine State simply by obtaining a border pass rather than having to spend two weeks in hotel quarantine. From today, those living in the council areas of Byron, Ballina, Lismore, Richmond Valley and Glen Innes will be able to enter Queensland, while Queenslanders can also visit those areas freely.

Premier Annastacia Palaszczuk has vowed to reexamine the restrictions on the rest of NSW at the end of October, which lines up with when the state elections are set to take place.

And finally, iconic singer and feminist trailblazer Helen Reddy has been remembered following the news of her passing yesterday. The 78-year-old passed away on Tuesday afternoon in Los Angeles. According to 9News, the singer had been living in a care home for retired Hollywood stars and was living with dementia.

Tributes have flooded in for the ‘I Am Woman’ singer since the news broke, with Hugh Jackman saying: “A trailblazer with a voice as smooth as silk. Gone too soon. My thoughts and prayers are with her family and friends.” While Hollywood star Jamie Lee Curtis wrote on social media: “Honour of my life. Introducing Helen at the Women’s March, January 2017! THANK YOU Helen. RIP.”

And her ex-husband Jeff Wald said: “I am v sad to announce that my first wife of 18 years and the mother of my two oldest Traci & Jordan. Traci spent the morning with Helen and she passed soon after under the excellent care of the Motion & Television Home. #Helen Reddy.”