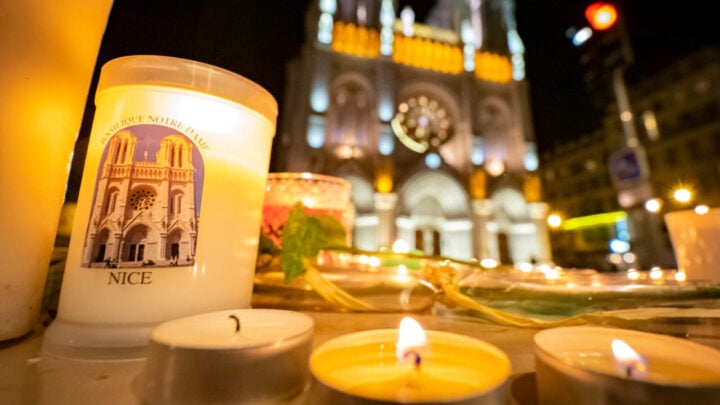 The French city of Nice is in mourning following a terror attack on Thursday. Source: Getty.

As the Queensland election looms closer, pressure has been mounting on Premier Annastacia Palaszczuk to reopen the border between the Sunshine State and New South Wales. And the premier finally provided an update on the issue this morning, confirming that Greater Sydney and Victoria will remain closed to Queensland for the time being. However residents in all other areas of NSW will be able to enter Queensland from next week.

“Victoria will be closed to Queensland, that remains closed,” the premier said this morning. “That is a strong border decision that we have taken every step of the way.”

She went on to confirm that, in terms of the New South Wales border, the 32 local government areas that make up Greater Sydney will still be barred from crossing the border. The Sunshine State’s November 1 opening date has also been pushed back to 1am on November 3, in order to allow all border passes to be renewed.

It comes after Prime Minister Scott Morrison urged Palaszczuk to ease the border restrictions, saying the state can’t “stay stuck in neutral”. Speaking on 2GB radio on Friday he said: “It’s hard often to get a clear steer on what’s behind these decisions.

“Australia is opening up again, we’ve committed to having Australia fully open by Christmas and we need to move towards that. We can’t stay stuck in neutral. We’ve got to get going again.”

Meanwhile in Victoria, more good news as the state recorded no further deaths over the past 24 hours, however four new cases of Covid-19 have been identified. However Premier Daniel Andrews said further testing will be carried out to determine whether two of those results are in fact false positives as the results were “low positives”.

In other news, the NRL has backflipped on its decision to ban the national anthem from the upcoming State of Origin competition. On Thursday it was announced that Advance Australia Fair would not be played before each of the three games in the series, sparking a backlash from some fans, including ScoMo.

And, just hours later, the Australian Rugby League Commission reversed its decision, confirming the national anthem would be played before the games between NSW and Queensland.

“This is a welcome decision by the NRL,” the PM said. “The NRL have done the right thing by listening to their fans and acting quickly to overturn their choice not to play the national anthem at the Origin series.”

And overseas, France is in mourning once again after a terrorist killed three people in Nice. Speaking at the scene yesterday, French President Emmanuel Macron declared that France had been subject to an Islamist terrorist attack and vowed to deploy thousands more soldiers to protect important French sites, such as places of worship and schools.

“These multiple attacks are despicable. They are disgraceful,” he said. “Not only are they an attack on the individuals and their families but they are an attack on liberty. When we think of France we think of liberty. And we stand with the people of France.