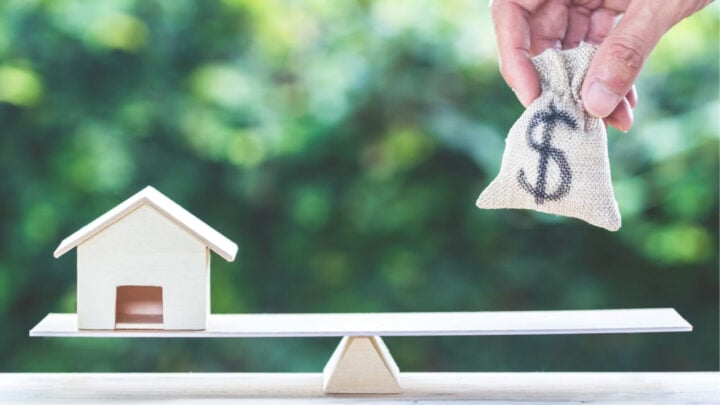 The Federal Government are planning to ease the country's credit laws. Source: Getty.

Today’s biggest story is the tragic death of cricket legend Dean Jones, who suffered a fatal heart attack in Mumbai on Thursday. The 59-year-old was working in India for broadcaster Star Sports where he was commentating on the IPL alongside former player Brett Lee.

According to multiple reports, Jones suffered a heart attack in the lobby of a Mumbai hotel and Lee attempted to save him by performing CPR. He was rushed to hospital via ambulance but sadly could not be saved.

Lee returned to the commentary booth just hours after the distressing incident and paid tribute to his late colleague. “Firstly to his family and friends we send our condolences,” he said. “It’s a real tough day for everyone, not only for his close mates … and the whole cricketing world in general.”

In other news, it will soon be easier for Australians to get mortgages and refinance their home loans, or for small businesses to access more money, as the Federal Government has unveiled plans to change the country’s lending laws, as a result of the ongoing Covid-19 pandemic, reports the ABC. However it’s important to note that the changes will also remove some of the onus from banks to ensure borrowers do not enter into loans they cannot afford to repay.

The Customer Owned Banking Association (COBA) has thrown its “strong support” behind the plan, which it says will simplify Australia’s credit framework. CEO Michael Lawrence said the announcement is “good news for borrowers”.

“The Government is right to take decisive action to promote lending at a time of great uncertainty and the biggest peacetime economic contraction since the 1930s,” Lawrence said. “This environment requires policymakers and all stakeholders to bring a new lens to all regulatory settings.

“This is good news for borrowers and lenders. Applying for a loan will be a simpler process.”

And in Covid-related news, Victoria has recorded just 14 new cases of coronavirus on Friday, along with a further eight deaths. Despite the sustained drop in cases, Home Affairs Minister Peter Dutton slammed the Andrews government during an interview with Channel Nine’s Today show on Friday morning.

Dutton said Victoria’s Health Minister Jenny Mikakos has “no idea what’s going on in the health system she presides over”. “I think she does need to go, and look, if this wasn’t so serious, and the consequences so dire, it would be funny,” Dutton said.

“I mean, you look at these people who have no idea what is going on, and like the Daniel Andrews government response to this inquiry is like a scene out of Monty Python.

“Nobody knows what’s going on. It’s comical, and yet it’s such a terrible outcome that they’ve presided over, where people literally have died, and Victoria is in a state of lockdown. People’s lives and businesses are being devastated and people need to be held to account and the Premier has different versions of what happened.”